Organizers held an event Monday on the federal holiday honoring the Civil Rights icon and Nobel Peace Prize winner whose words and struggles transformed American society. The event’s attendees recalled King’s messages and life that placed him as a clarion voice for racial equality and an apostle of peace.

Gorham was raised in North Carolina during the waning decades of legal segregation in the 1940s and 50s. Growing up, his town did not even have a building where African-American children could attend school. 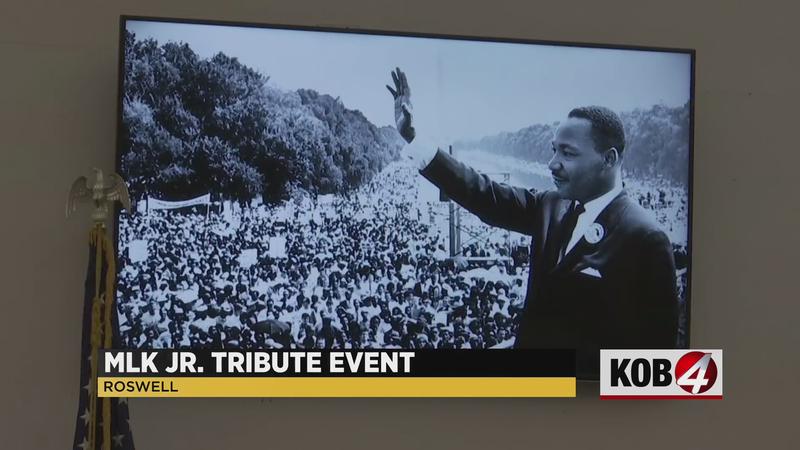 “For those of you who weren’t around in those ancient days, there were a whole lot of rules that made distinctions about persons, what privileges they had and what they could and could not do,” Gorham said.

Featured speakers noted that, at that time, King’s message of racial harmony was bold and struck a chord, especially his most famous address in 1963 that he gave from the steps of the Lincoln Memorial during the March on Washington.

“He wasn’t just creating something for that particular March on Washington, but it was a desire in his own heart that change would indeed come," Gorham said, "and our nation would be transformed to the point there would be no discrimination based on the color of a person’s skin or his ancestry."

Legislation outlawing the most overt forms of racial discrimination and changing societal attitudes would yield real progress in bringing King’s dream a reality, something many said was reflected in the audience at the event.

“There is only one person who had this big dream and now we are in this room together side by side. There is no sections, no blacks no whites. We are all equal,” said LaDayjha McDonald, a 9th grader at Roswell High School who addressed the crowd.

Others though said while progress has been made, there is more that needs to be done to make King’s aspirational vision a reality and that people need to remain active in that endeavor.

Doing that, many said, will require courage and sacrifice.

“We have to not be afraid to do things. Dr. King embodied that as he walked the lines of hatred, bigotry,” Allen said.