With their members in watching, Lodge officers on Saturday burned the last documents of that mortgage, reducing the last traces of their 20-year commitment to ashes.

Joe Murphy, exalted ruler of the Lodge, said the burning is commonplace for Elks Lodges that have paid off their building mortgages.

“It’s a little ceremony that we do, the Elks. It is an actual ritual ceremony,” Murphy said.

The Lodge received the money last year, after Ray “Tiger” Green, a longtime Elks member and local author, left them a large sum of money in his will. Some of that was subsequently used to pay down the mortgage on the Lodge’s building at 720 North Montana Avenue.

“His last wish was to help the Lodge and he did,” Murphy said of Green.

Murphy said the Lodge – last year – paid down the last $30,000 on their building with the money last year, but because of the pandemic, they waited until Saturday to hold the mortgage burning ceremony.

Each year, the Elks raise roughly $60,000 from their charity golf tournaments and other fundraisers that help pay down the building but also provide money for efforts within the community.

But Murphy said the pandemic took a huge toll in the last two years on those fundraising efforts and the community overall.

“I will tell you right now, if it wasn’t for Ray Tiger Green leaving us this money, we probably would have had to shut down. We couldn’t survive. We had bills piling up,” Murphy said.

John Amen, a past national president of the Protective Order of the Elks and was in attendance at Saturday’s burning, said with the mortgage paid off, the Lodge can now concentrate on other priorities.

“And now they can use the money that was previously spent on mortgage payments for additional community service and for maintaining the building, refurbishing the building, benefiting the membership and the community,” Amen explained. 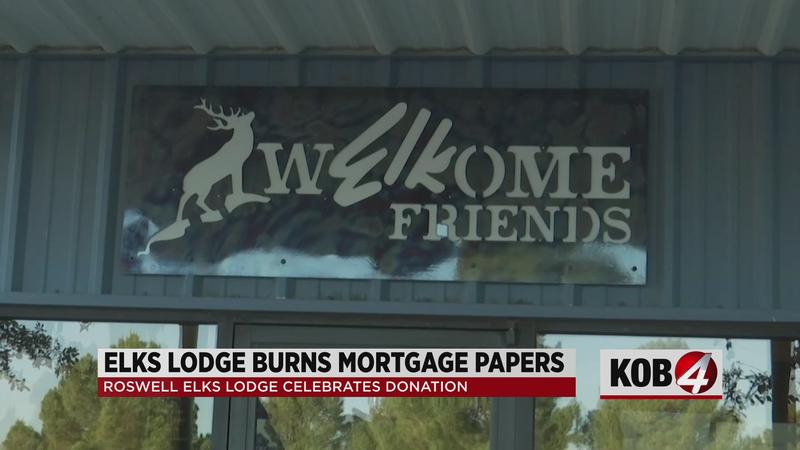