ROSWELL, N.M.- It was an unusual Fourth of July night for Roswell.

"Last night was awkwardly quiet," said Roswell Battalion Chief, Derek Washichek. “Usually we go on at least four or five firework related calls through the night for Fourth of July, so typically it’s one of our busiest shifts."

Washichek said they didn’t have a single fireworks-related call.

“We had two structure fires last year due to fireworks late in the evening, so usually when ten o’clock comes around, we’re like ‘alright boys well it’s probably about time’ cause people start putting their fireworks in the trash can, and they won’t be completely out yet,’" he said.

Washich pointed to a public service announcement put out by the fire marshall on social media, giving safety tips and tricks ahead of the holiday. 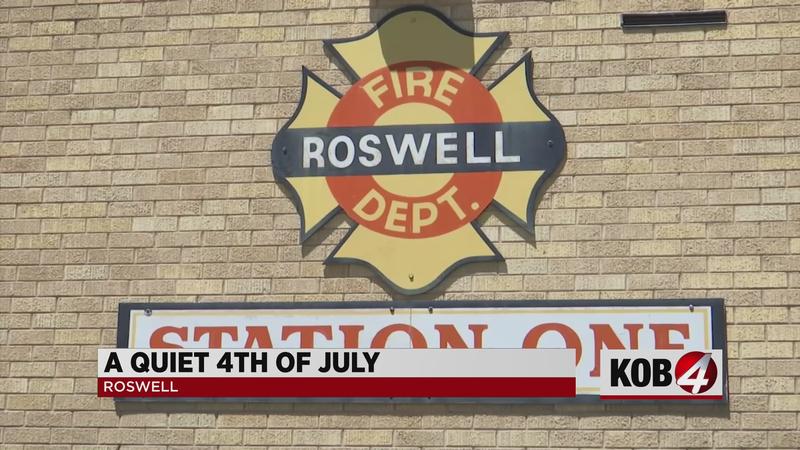 Roswell Police Department said they did respond to some fireworks related noise complaints, but they also didn’t seem to have any significant call-outs either.