ALBUQUERQUE, N.M. – By now, we know that COVID can send you to the hospital for a long time – but a Roswell man may hold the record. He and his family say he’s been hospitalized for more than 500 days.

On Wednesday, they shared their story with KOB 4 and how they’re hoping his marathon hospital stay will end soon.

COVID sent him on a journey he never imagined. A journey that began when he was diagnosed in Sept. 2020.

Since then – nine different hospitals and numerous days and nights where he and his family thought he’d never make it home.

"There was times when I was just scared to go to sleep. I knew I didn’t feel good, but I couldn’t pinpoint it. Next thing I know, I wake up in the ICU. Then the doctors tell me they don’t know how I survived," Hunter said.

Hunter’s wife, Ashley and their seven children have been part of this journey, too.

"My wife, she’s so stubborn. She kept praying me back to life,” said Hunter.

Ashley can laugh now because doctors are finally talking about releasing Hunter from the hospital. She shared what happened the day Hunter was diagnosed after getting sick at work.

His kids haven’t been able to see him since then, and that has made the last year-and-a-half even harder.

It wasn’t easy. Especially while riding a rollercoaster of news from Hunter’s doctors, improvements, then setbacks and numerous scares.

"There were many of those times when the doctors would call and tell me you need to prepare for the worst," said Ashley.

But Ashley says Hunter has always been a fighter. He battled kidney failure as a teen and got a kidney transplant almost six years ago. And now he’s well enough to start preparing to come back home, after more than 17 months in the hospital.

"I’m just excited that I finally have an end date. To hear the doctors finally talk about discharge is music to my ears," said Hunter.

"Aww man. Just to hold my kids again, just to look at them, look at them in the eye and just watch them enjoy each other while I enjoy them. God is good and He is still performing miracles," Hunter said.

Hunter and Ashley have a long journey ahead of them for his recovery, even after he gets back home.

A GoFundMe page has been set up to help the Donnell Hunter on his road to recovery. 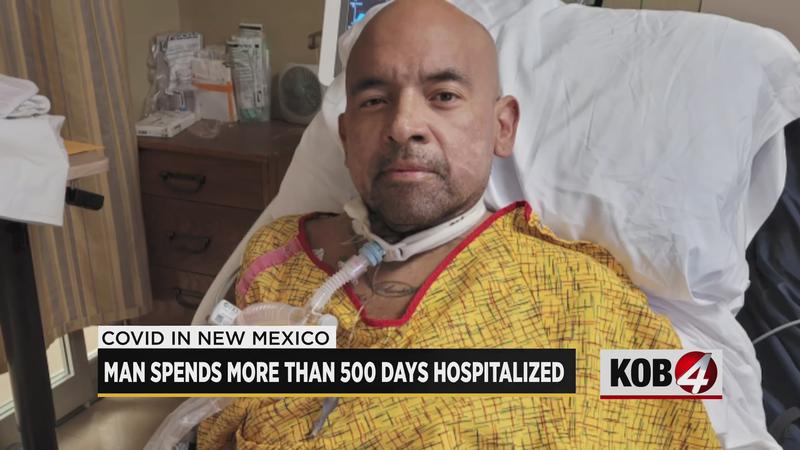