Roswell murder suspect extradited from Mexico, will be held without bond

ROSWELL, N.M. – Authorities announced Wednesday a 34-year-old man has been brought back to the U.S. two years after he allegedly strangled his girlfriend and fled with their 3-year-old son.

At a news conference Wednesday at the Roswell Police Department, local and federal authorities announced that Jorge Rico-Ruvira was handed over to the FBI Tuesday.

“Yesterday was a very proud day for myself in that our FBI agents traveled to Mexico and brought Jorge back,” said Raul Bujanda, the Albuquerque FBI Field Office’s special agent in charge.

Rico-Ruvira is now being held at the Chaves County Detention Center. He faces state charges of first-degree murder, aggravated assault and child abuse.

On the morning of Jan. 7, 2020, a family member found Mauricio-Sanchez dead inside her bedroom at the residence where she and Rico-Ruvira lived. Investigators believe he killed her and abducted the couple’s son and headed to Mexico. 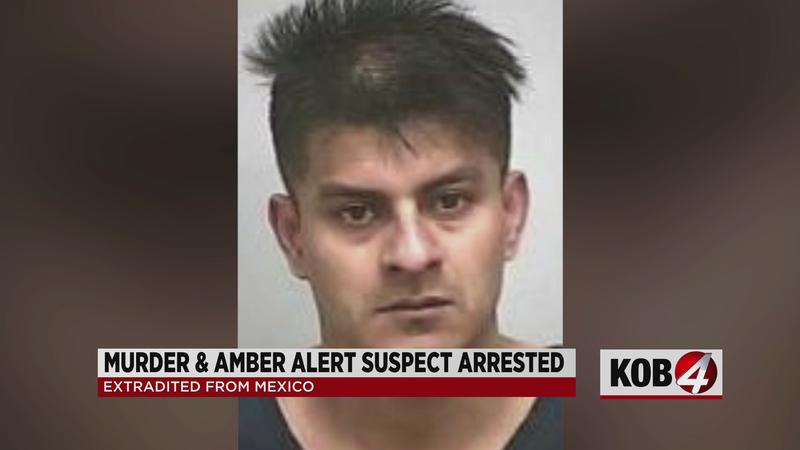 “Rico-Ruvira was identified as the suspect that afternoon. New Mexico State Police, at the request of the Roswell Police Department, issued an Amber Alert to locate Rico-Ruvira and his then three-year-old son Osciel Ernesto Rico,” Roswell Police Chief Philip Smith said at Wednesday’s news conference.

The FBI got involved after a federal charge of unlawful flight to avoid prosecution was brought against Rico-Ruvira. A $10,000 reward was then offered for information on his whereabouts and the search for Rico-Ruvira and Osciel made national headlines.

In October, the FBI and Mexican authorities located Rico-Ruvira and Osciel in the state of Jalisco. According to court documents, after he was taken into custody and being transferred, Rico-Ruvira made an unsuccessful attempt to escape by assaulting a police officer and then jumping from a second story window.

After they were found, Osciel was safely returned to his family in the U.S.

Officials said that during the 22-month search, they never gave up on finding Rico-Ruvira.

“The Roswell Police Department, the FBI and our partners in Mexico were trying their best to make sure that we would locate not only Osciel, but also the individual who committed this crime, and we were successful,” Bujanda said.

“Rico-Ruvira will be brought back to face justice, and it took the successful collaboration of many entities and people to bring him back to the United States to answer for these alleged crimes. My office now looks forward to working with the district attorney to prove the criminal charges against Rico-Ruvira and bring justice to the family,” Balderas said.

“We thank our partners in state and federal law enforcement for ensuring the defendant will face justice in a New Mexico courtroom,” Luce said.

A motion to hold Rico-Ruvira in pretrial detention was granted Friday by the Fifth Judicial District Judge. New Mexico Attorney General Hector Balderas issued a statement after the ruling:

"Judge Lilley made the right decision to hold Rico-Ruvira in custody, and my office will continue to invest our legal resources to ensure the violent defendant remains behind bars."