ROSWELL, N.M. – Roswell Police are investigating a hit-and-run crash that left one of their officers injured and a patrol vehicle severely damaged.

The crash happened Tuesday at about 7 p.m. in the downtown area when a Chevy Tahoe heading west on 7th Street collided with a patrol vehicle as it was traveling south on Main Street.

“It failed to come to a complete stop at a stop sign, entered Main Street and struck our officer’s unit in the front quarter panel on the driver’s side,” said Todd Wildermuth, public information officer with the Roswell Police Department.

The Tahoe then fled the scene immediately. Officers and Chaves County deputies later found the Tahoe unoccupied in the 600 block of North Virginia Avenue.

“The driver of the other vehicle in yesterday’s crash with the officer showed up at the police station today. He was interviewed and released for now. Investigation needs to be wrapped up still and charges are pending," said Wildermuth.

Authorities say the officer was taken to a local hospital and treated for minor injuries. The patrol vehicle is believed to be totaled 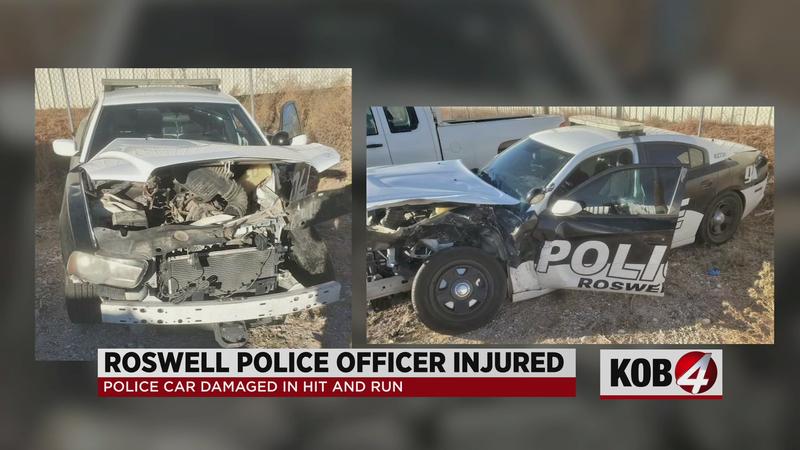