ROSWELL, N.M. — The Roswell Police Department is trying to bridge the gap between the community, and the men and women who serve and protect it. It’s all part of RPD’s community policing strategy.

RPD Chief Philip Smith said videos that give people an inside look at the department are helping usher in a change.

"The stats era brought us to the community policing,” Chief Smith said. “Yeah stats are nice, but that’s a crime that’s already happened. Community policing is based on trying to prevent crime from happening, addressing systemic problems so you don’t have victims.”

This community policing strategy had been in place since around 2011, with community outreach programs like their Harvest Event and Shop With a Cop. The purpose is to make interactions with police officers less intimidating so people can work to prevent crime instead of reacting to crime.

RPD has even started releasing informative social media videos to make officers more approachable. One of the core values of community policing is creating open lines of communication with citizens.

Chief Smith said he doesn’t want the community to be afraid of officers in uniform.

"Well I know we have a police chief there because police departments have a chief, but now you get to see it’s Phil Smith," he said.

In 2020, the country saw a massive shift in public opinions on police agencies, but Chief Smith said Roswell has always been very supportive of his department.

"We saw some small blips in activity, but overall when I look at my numbers now in 2021— my crime numbers are down," the chief said.

While Chief Smith said he’s not certain what caused the drop in crime this year. According to the latest report, there was a 34% decrease in overall crime for the first three months of this year compared to last year.

The chief also wanted to remind people that reporting a crime can be anonymous. 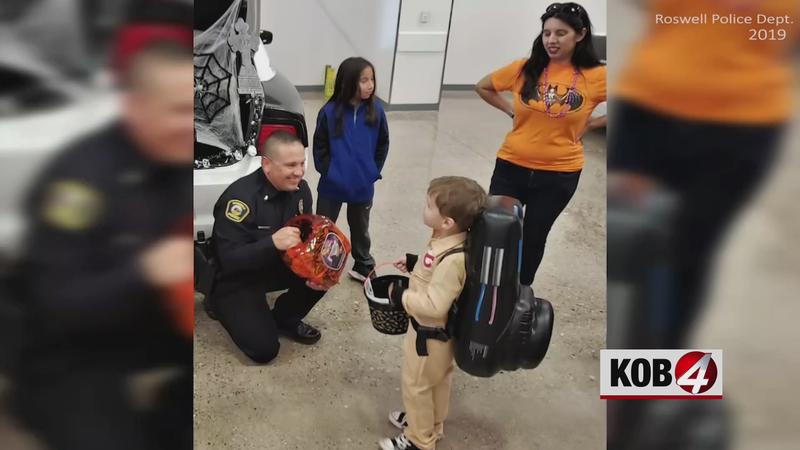