ROSWELL, N.M. (AP) — A Roswell police officer was pinned against another vehicle before being dragged through an intersection, the police department said Friday.

The incident occurred Friday morning when the officer checked on an unresponsive driver of a car stopped in an intersection, a police statement said.

“The driver suddenly accelerated the car, pinning the officer against another vehicle and then dragging him through the intersection," the statement said.

The driver was in custody and the officer was taken to a hospital but was expected to be OK, the statement said.

No additional information was released. 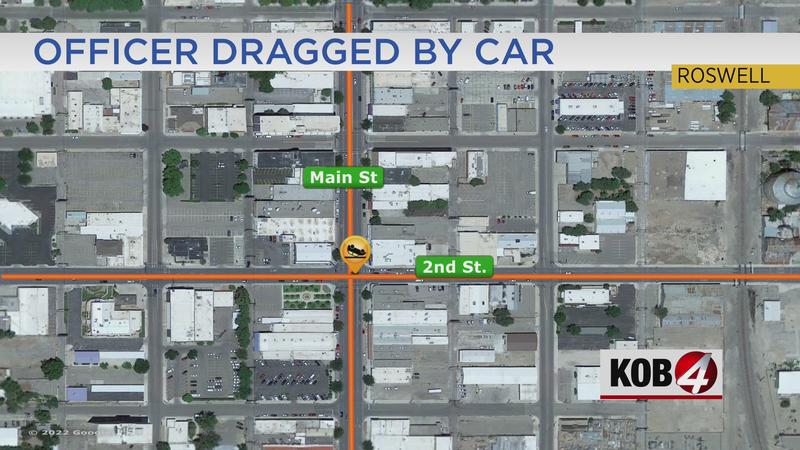 Alex Ross is working on this story and will have more tonight on KOB 4 Eyewitness News.