ALBUQUERQUE, N.M.- With just three months left until the UFO Festival, Roswell is preparing once again for its busiest time of year.

Brijesh Bhakta, owner and manager of the Western Inn Hotel in Roswell, said after a year without tourists, he’s ready.

“It’s generally considered our special event weekend. We do have a lot of good music in the park and a lot of tourism come in, so I’m hoping to see all that come back to Roswell,” he said.

Bhakta says most hotels sell out for the weekend. Camp sites, like Bottomless Lake see reservations fill up around mid-June. The city says it’s a good problem to have. 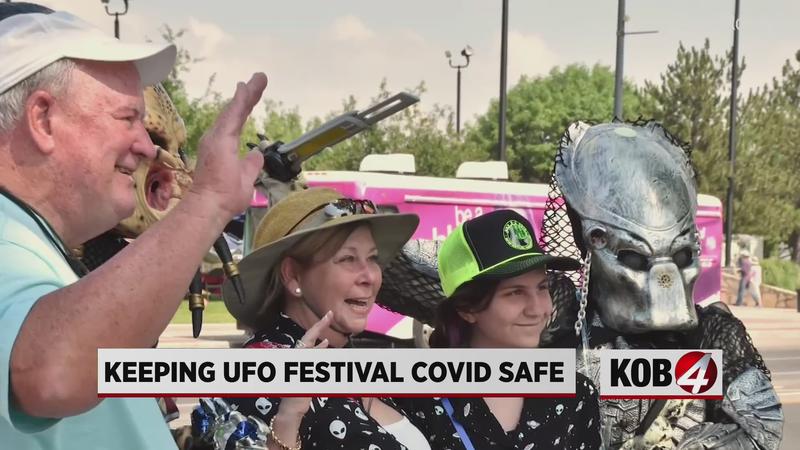 “We’re very excited to welcome the tourists back in a safe way. Obviously, we want people to feel comfortable coming back into New Mexico and especially visiting Roswell,” she said.

Despite the excitement, state rules and COVID-19 precautions still loom.

Roswell, and all of Chaves County, are currently in the Green level of restrictions.

“We’re following the mandates by the state and of course," he said. "We want to make sure that we build a very safe event for people."

If Chaves County stays green during the festival, places of lodging would still be at 75% capacity, while restaurants would be at 50% indoors and 75%outdoors. Mass gatherings would be limited to 20 people, or 120 vehicles.