Roswell UFO Festival was a hit

ALBUQUERQUE, N.M.- It was lift off for the UFO Museum in Roswell this weekend as they welcomed thousands of visitors back.

Executive Director Jim Hill said while the numbers aren’t in just yet, this year’s festival looks to be record-breaking.

“When we were planning the festival, we were planning under COVID restrictions, so that was something we were trying to work out, but I think on a preliminary basis we are going to either meet or exceed our 2019 levels,” he said.

That’s significant because 2019 was their most successful year ever since the festival was created.

A promising outlook for the rest of summer as visitors keep coming out after the festival to have close encounters. 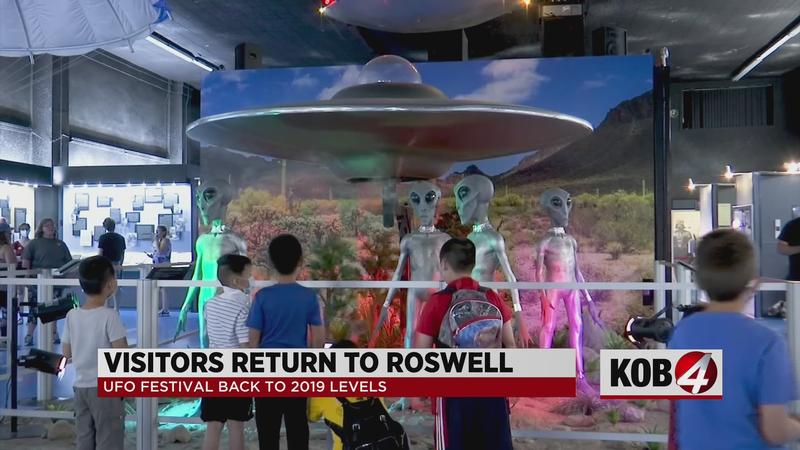 “Oh it’s going to be great we had our May and June set records this year actually the day after the festival, Monday we had a 78% increase over the day after festival last year,” Hill said.

On Monday, more than 1,500 people checked out the museum.

One of them, Amanda Chapel, said she’s already planning a trip back for next year’s festival.