ROSWELL, N.M. – Roswell City Council members, along with other city officials, have been working on an ordinance to define where new cannabis businesses can be located.

New Mexico is getting ready to begin processing cannabis producer licenses on Sept.1 and while that’s still a few months away, the city of Roswell is not wasting any time laying out guidelines.

"This is an ongoing effort to gain clarity and to be able to act in a reasonable way to protect our communities," said Roswell Mayor Dennis Kintigh.

Designated areas like the Downtown Historic District and the Railroad Metropolitan Redevelopment Area won’t be allowed to have cannabis businesses.

The downtown business district, with big tourist attractions like the UFO Museum, would also be off limits. 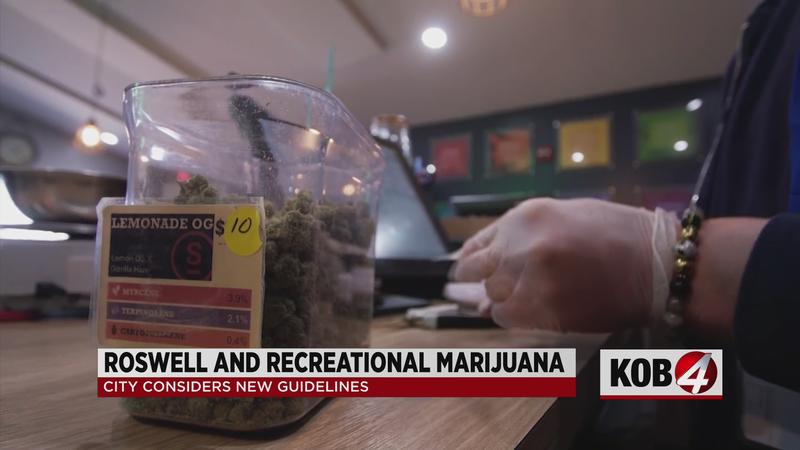 "This is an attraction that brings in visitors from around the world, about 250,000 people. So is that the kind of community we want to present? Many of us, myself included, have serious reservations about what this will do to community and to our state," Kintigh said.

That proposed zoning ordinance also said that cannabis businesses cannot be within 300 feet of places like churches, schools, hospitals and mental health facilities.

As for where the businesses would be allowed, Kintigh said that would be determined on a case-by-case basis.

The mayor said residents should voice concerns to city officials and legislators at the next public hearing meeting on Aug. 12.

Recreational marijuana won’t be legal until next spring.