ALBUQUERQUE, N.M. – A destructive social media trend circulating through schools nationwide continues to impact Rio Rancho Public Schools. The district is willing to pay thousands of dollars to stop it.

The ‘devious licks’ TikTok challenge prompts students to steal or damage school property, then brag about it by posting a video online.

"Ultimately what Rio Rancho Public Schools wants is for these acts to stop," said RRPS Communications Director, Melissa Perez. The challenge has caused thousands of dollars in damages at a majority of Rio Rancho middle and high schools.

The latest case happened last week. "Our safety and security team is working closely with school administration and our students, to really make sure that these incidents don’t take place," Perez said.

Tuesday night, the school board voted unanimously to offer a reward for any information related to these acts of vandalism. That includes tips on any incidents that lead to a suspension, an arrest or a correction of the behavior.

Students who submit a tip could receive up to $2,500, but officials say the value of the reward will be based on the severity of the damage caused. "For instance, if it’s a soap dispenser that was removed and damaged, it wouldn’t be a $2,500 reward because the value on that item is much lower," Perez said.

The district set a minimum reward of $50, and until tips start rolling in, officials say their safety and security department will continue to monitor social media. "They’re doing that on a regular basis, even though TikTok told us that they have, and they’ve told schools across the nation, that they have removed the ‘devious licks’ challenge from their site,” Perez said.

Officials also say they have asked parents in the community to talk to their students, and let them know this behavior is unacceptable.

"The vast majority of our students are amazing. They take care of our schools,” Perez said. “They want to be in those school environments. It just happens to be a few select students that have opted to participate in this challenge, and that’s really harming the school. It’s harming the areas that their peers use, but it’s also costing the district money."

The district says students can report to teachers or school officials anonymously. Any source of information will be kept confidential, and the superintendent will determine how much money the board can give for a reward. 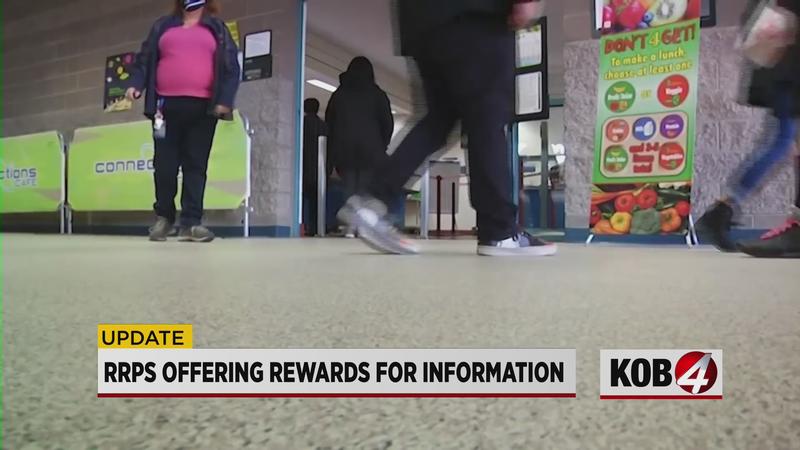