ALBUQUERQUE, N.M. – Rio Rancho Public Schools officials are warning they may have to start canceling bus routes for students.

"Anyone that can drive a bus is driving a bus," said Melissa Perez, a spokesperson for Rio Rancho Public Schools.

Rio Rancho Public Schools started the year short on bus drivers and despite efforts to attract new applicants, the district is still short. Other challenges are making the situation worse.

Right now, RRPS has 10 bus driver openings and two bus attendant openings. But to compound the shortage, they are grappling with COVID-related absences.

As of Tuesday, school officials say they had nine drivers, two bus attendants, and two staff (used as drivers when they need them) out due to COVID related insolations, quarantines or cases.

The district sent an email out to parents Monday, warning them that the shortages could start causing some routes to be cancelled. The message said, "parents and guardians will be notified via email and phone in the morning before school starts, should a bus route need to be cancelled."

"I’m going to put my child first, but it does weigh heavy in my mind," said the parent of a middle schooler in Rio Rancho Tuesday.

She said families are already feeling the strain.

"There was an instance last week where my son did reach out to me from the school letting me know that ‘hey, mom, the bus isn’t going to be here for several hours can you come get me,’" she said.

"Perhaps we can come up with a solution of maybe other parents who can help with some sort of carpooling," said one parent we talked to. "I’m more than willing to pay another parent for their services because I just don’t feel comfortable sending my child in an Uber."

“This will come down to the number of open routes to be covered and the number of available drivers. Our Transportation Department would certainly try to avoid impacting the same route multiple times, should we need to resort to bus route cancellations. The selection of a route for possible cancellation would not be tied to a specific driver or location,” said Melissa Perez, Communications Director for Rio Rancho Public Schools, in an email Tuesday.

School officials do anticipate some buses will run 45 minutes to an hour late Wednesday, Jan. 19.

?As we mentioned earlier this month, you and your child(ren) may experience some changes as COVID-19 cases rise in our community. We regret to inform you that we have seen an increase in positive COVID-19 cases, isolations and quarantines impacting Rio Rancho Public Schools staff members.

Therefore, due to the shortage of bus drivers and other staff members, it is possible that you may see cancellations for some bus routes. A route will be cancelled as a last resort, only after we have exhausted all other options including having other bus drivers and qualified office staff cover open routes. Compounding the bus driver and staffing shortage, is the lack of rapid PCR COVID-19 tests. Many of our employees who are out due to symptoms, are waiting on test results that now have a much longer turnaround as we have to use lab testing. With the rapid PCR test, symptomatic employees were able to return sooner with a negative test, as results were ready the same day.

Parents and guardians will be notified via email and phone in the morning before school starts should a bus route need to be cancelled. If your child experiences a bus cancellation, you are then responsible for making other arrangements to get your child to school.

We apologize for the inconvenience a bus cancellation may cause, and will only cancel routes if absolutely necessary. We are faced with tough decisions as positive COVID-19 cases rise and are doing all that we can to come up with ways to safely keep our students in classrooms. We appreciate your continued partnership. 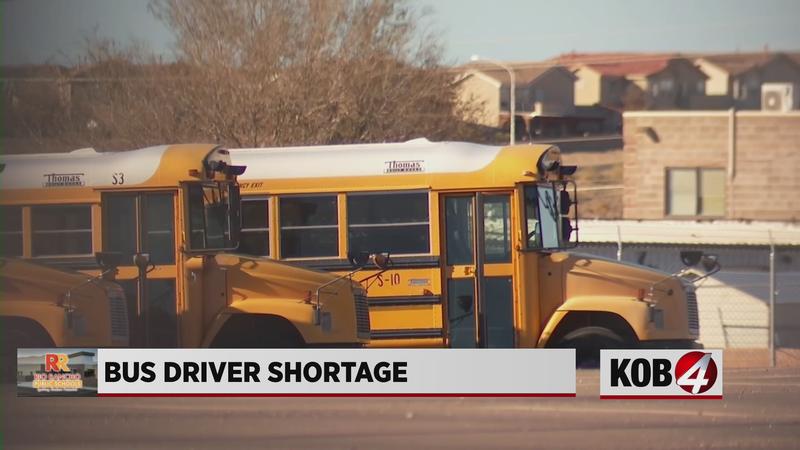