ALBUQUERQUE, N.M. — Most of the U.S., including New Mexico, has paused the distribution of the Johnson & Johnson vaccine due to concerns over potential blood clotting.

Local physician Kirk Irby said they haven’t given that many does of that vaccine so far.

Irby said his pharmacy in Artesia received the Johnson & Johnson, and Moderna vaccines because their facility isn’t able to store the Pfizer vaccine at a cold enough temperature. That was health officials’ plan for more rural areas and smaller providers regardless.

Health officials said only 3% of New Mexicans received the Johnson and Johnson vaccine. Many were migrant workers.

Irby said travel is another reason people were opting for the Johnson & Johnson vaccine. He’s had people come from as far as Carlsbad to get vaccinated. However, since the halt, he said he has not noticed people deciding not to get vaccinated.

He said vaccination efforts in this part of the state will only be slightly slowed down.

State health leaders said a few mobile clinics were rescheduled or cancelled, and others shifted to the other two vaccines. 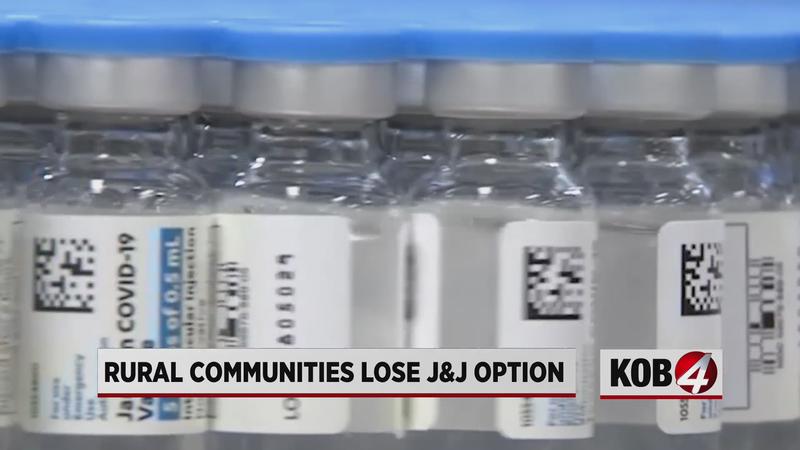