ALBUQUERQUE, N.M. – The Safe Haven for Infants Law in New Mexico means a newborn can be surrendered at a fire station, police station or hospital with no questions asked.

But something KOB 4 has been asked – is there enough education out there about this law?

Mike Morrisey with Baby Safe Haven New England Marketing said the key is to know who these laws will impact – people between the ages of 13 to 34 – then use their peers to teach them how these laws work.

On Monday, the Hobbs Interim Police Chief said they are working to educate folks about New Mexico’s safe haven laws.

“We do plan on in the future putting more information out about that program, Sen. Gallegos is in the back of the room and he is an advocate for the program,” said HPD Interim Police Chief August Fons.

New Mexico’s legislature passed the Safe Haven for Infants Law back in 2013. After a baby was found in a dumpster last Friday, Morrisey says it’s obvious this law has not been marketed to who it’s meant to protect.

“If you look at what the chief did yesterday that is the lowest possible number version you can get of promoting to young people, they won’t listen to him at all,” said Morrisey.

Massachusetts passed their Safe Haven Law in 2004 – and quickly put up neon signs labeling safe havens. Plus. the state also turned to the radio.

“The first thing that came out was the safe baby rap PSA,” said Morrisey. ‘If you have a baby and don’t know what to do, baby safe haven can help you choose."

Within a few years, everyone in Massachusetts knew what a baby safe haven was.

“You only get this type of awareness if you saturate the youth media with information and just basic information. You put it in a way that is non-threatening and non-authoritarian – that’s the worst thing you can do is come on like an authority figure.”

Not only did it become a pop culture reference, but it also was effective.

“Prior to 2004, we had an average of 3.2 newborn abandonment every year going back twenty years, since our laws passed we have gone through 7 years with only one abandonment that’s a 95% drop in those types of tragedies.”

Massachusetts still has the lowest rate of baby abandonment in the nation, and Morrisey says he gives all the credit to the young people promoting the law for their state. 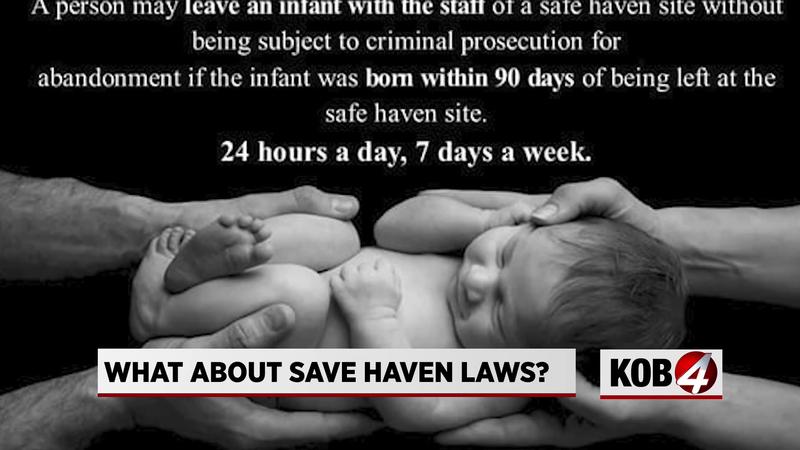