"It’s a tragedy that has become all too often familiar for all of us," said Sánchez.

"We saw it and it just broke our hearts," said Wickersham.

New Mexico’s Safe Haven Law allows a person to leave a baby with a staff member at a safe haven site within 90 days of being born.
Safe havens are hospitals, fire stations, or police stations.

Under the law, the person won’t be charged with a crime of abuse or abandonment.

In Española, the city has posted flyers around the city raising awareness of the law.

"We had an incident like that happen a few years ago where a baby was found in a trashcan,” said Wickersham. “So that’s where we initiated this awareness campaign with safe haven and that’s where it all started because of that. To hear it’s happened again is just tragic."

Wickersham and Sánchez have been trying to change our state law to allow Safe Haven Baby Boxes.

It’s a way to leave a baby without a physical hand-off.

A bill to make that change was introduced two years in the legislative session but it didn’t pass.

"I think the boxes are necessary because it provides a little bit more anonymity,” said Sánchez. “It provides the opportunity to perhaps leave the child, if they could, with a little more dignity. There’s a lot of fear, of course, involved and the chance for being judged. I think that’s why so many people are afraid of leaving their child with a person."

The City of Española is working out a way to have the state’s first Safe Haven Baby Box under the current state law.

"It says in the bill that you can leave a baby at a Safe Haven Site, so with that language in the law I think we can get it done in the city without having the bill amended,” said Wickersham. “But it would just be a lot easier if the bill was amended. So that’s why we’re going to try to push for that."

Wickersham says he’s talking to some state lawmakers about bringing the bill back for a second try. 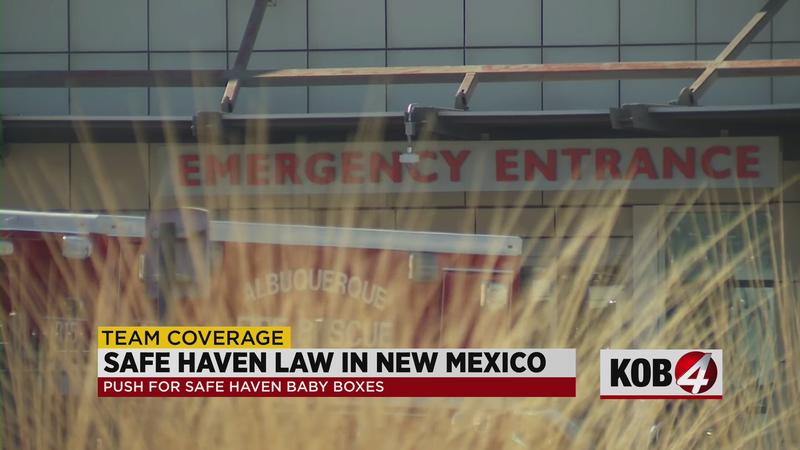