ALBUQUERQUE, N.M. – Could New Mexico see changes, at the state level, to make film sets and those who work on them, safer? One woman isn’t waiting on those decisions to be made, she’s trying to get ahead of it now.

Laura Dale, foley artist and founder of the Safe Set ® Initiative, was a victim of sexual harassment on a film set years ago – and then became dedicated to making sets safer for everyone. But after last week, she’s taking a hard look at that really means – and how she can include gun safety, too. Halyna Hutchins’ death shook Dale to her core.

"Those people went so rogue, from what the norm is in New Mexico, that a lot of the working, really high-level professionals I know don’t even know what to say,” said Dale.

"New Mexico has one of the best film industries in the country. And what makes me so angry about what happened on that “Rust” set, is that people then start to think, ‘oh that’s how we run our sets,’" Dale said.

"This should not ever have happened. New Mexico doesn’t do this this way. So how did we lose sight of this group? How did this get past our radar?"

Dale plans to focus on answering those questions – and expand on the impact she’s made on sets for years now. She started Safe Sets ®in New Mexico in 2017 – to tackle sexual harassment and abuse of power on sets. After last week’s shooting on the “Rust” set, she’s reconsidering her mission.

Dale said the same solutions to fight sexual harassment apply to all dangers on sets – beginning with allies.

"If there’s five witnesses, what allyship says is we all saw this, we agree on the story, we are going to group report.”

She also believes rape crisis centers in remote areas across our state can play an important role.

"If we just train them a little bit extra, how to answer crisis lines for film, we could get those actors into trauma treatment. We could have the proper channels for reporting, we could have all these things and that infrastructure is already there."

Dale isn’t just putting in the work for those in the industry– she said she’s doing it for who they just lost.

"I wanna take the loss of that person into something really powerful. I want to her to absolutely not have died in vain.”

The New Mexico Film Office says it does not have information to share on the future of the state’s film industry, or changes this tragedy could spark, at this time. 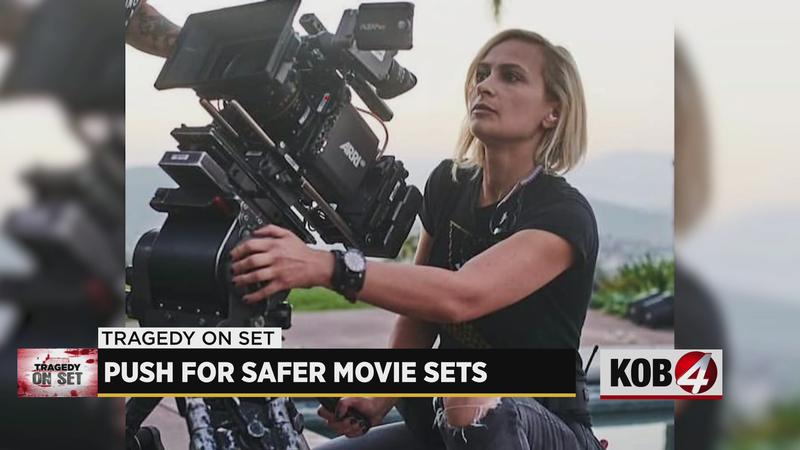