FARMINGTON, N.M. — Every year, the Salvation Army in Farmington collects and donates toys to local children in need.

On Tuesday night, an employee was loading toys into a Salvation Army van at the Farmington Walmart.

“Somehow, someway, my assistant’s pocket I believe got picked and they were loading it in the front of the store and there were a lot of people around," said Lt. Christopher Rockwell with the Salvation Army Farmington Corps. "So all it took was one terrible person to see that and take advantage of it apparently."

They drove off with the minivan and about $6,000 worth of toys inside.

"Shock, disbelief, just how somebody could do that – especially in a marked vehicle, taking gifts for children," Lt. Rockwell said. 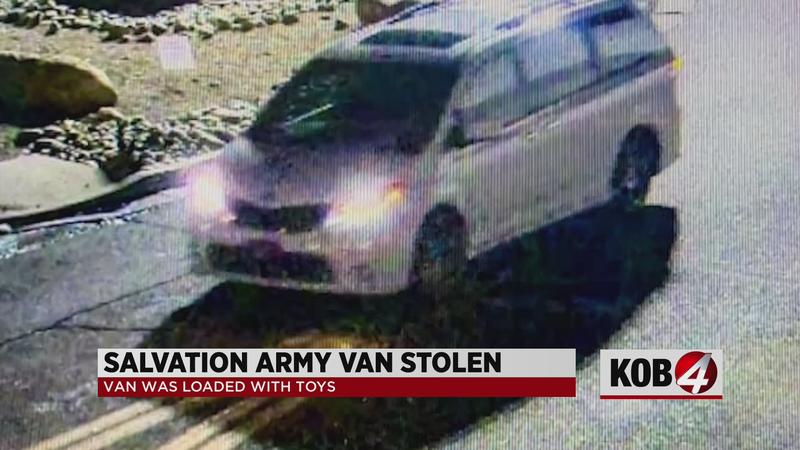 Now, the hope is to replace the stolen toys before Monday. The community has already responded in a big way: donating toys and money.

“The response of the community and what they’re doing is absolutely heartwarming because this area is just so generous and giving here in Farmington and the Four Corners area, “Lt. Rockwell said.

Toys can be donated at the Salvation Army Farmington Corps Community Center at 319 West Broadway. Clothing and hygiene products are also in high demand.