SAN JUAN COUNTY, N.M. – San Juan County Fire and Rescue has been very busy for the winter season – with over 12 outdoor fires already this month alone.

While the recent snowfall brought some much-needed moisture – it’s not enough to take the county out of drought conditions and not enough relief as the state moves toward warmer weather.

“The problem is things are dry even though recently San Juan county got some snow,” said Herrera.

The snow on the ground does not mean fire can’t grow.

“So the danger of it being so dry in the middle of winter is that people get complacent; they don’t realize how high the fire danger actually is. When in actuality it is still very dry, the fire potential is still very high,” Herrera said.

On Monday night, SJCFR and the Bloomfield Fire Department both had to deal with brush fires. The fires were put out and no homes or structures were threatened.

“The best fire fighting is preventative fires are the ones that are never lit for us. If you do light a fire, we ask that you call and get a burn permit and you follow our recommendation and just try to be safe, and try to be wise of what you’re doing, about your actions and what consequences they might entail,” said Herrera. 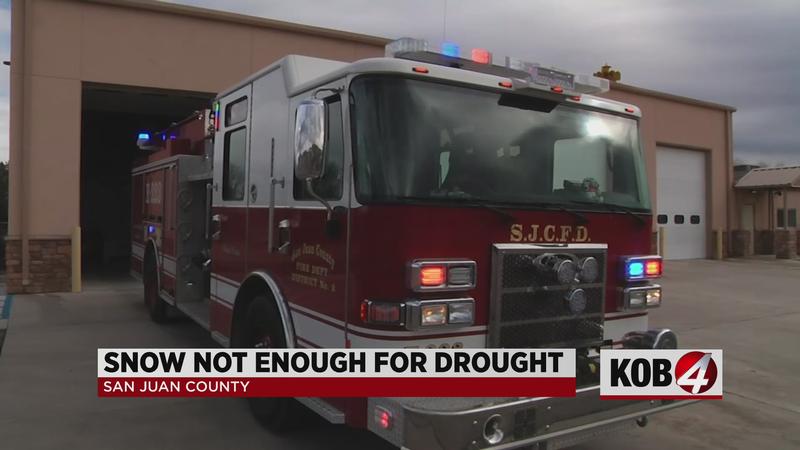