SAN JUAN COUNTY, N.M. – As people deck the halls this holiday season, San Juan County Fire and Rescue wants folks to keep safety in mind because this time of year can be busy for fire crews.

“Christmas lights, a lot of the older incandescent lights we would like to see those go away, said Christopher Cardin, deputy chief with San Juan County Fire and Rescue. "LED lights are very prominent now they are very bright, they don’t produce as much heat. Natural cut Christmas trees are still pretty popular, people have those inside their houses, we want to make sure that they stay watered and they maintain them."

It’s not just decorations – as colder temps move in, many people are using different heating devices to stay warm.

“We want to make sure that everything is operational and working properly on the fireplace and other pallets, they’re making sure they’re cleaning them out," he said. "We definitely want to make sure that they’re using newer space heaters because they’re UL certified. They have what’s called a tip-over feature, so if a dog, an animal, or somebody put it too close, or it falls over or tips over, it will shut it off automatically so it won’t cause a fire."

This past weekend, fire crews responded to a structure fire. It did not appear to be caused by any winter or holiday-related hazards, but fire officials want people to be aware of what can happen.

“We always see an uptick in structure fires during the winter seasons, it seems to be prevalent year by year,” Cardin said.

Officials are also urging the public to make sure they have working smoke and carbon monoxide detectors. 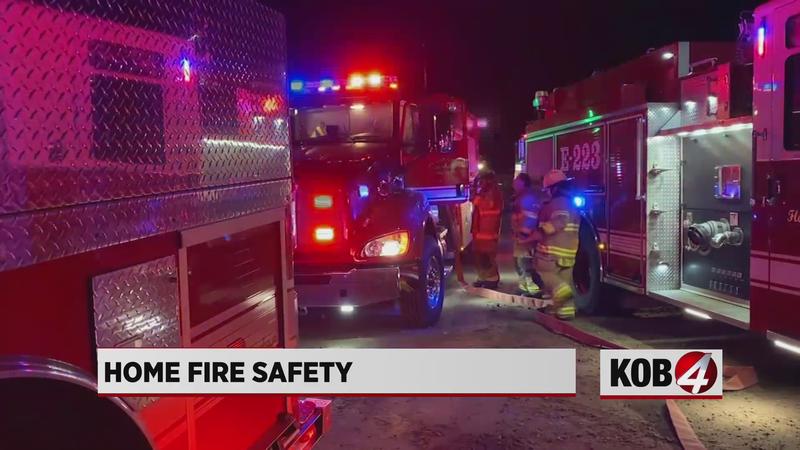