ALBUQUERQUE, N.M. – Hundreds of employees at Sandia National Laboratories filed a lawsuit in Texas last week. This follows a warning from Sandia’s director, that anyone who does not receive a second dose of the COVID-19 vaccine by Jan. 4 may be let go.

"We know of under a dozen who have been terminated already," said Ana Garner, an attorney representing several current and former Sandia employees. "We feel that all of this is illegal. And it’s unconstitutional."

The lawsuit asks for an injunction on the mandate, in hopes of protecting the jobs and rights of unvaccinated employees.

"They’re hoping to get their medical freedom back,” Garner said. “They love their jobs. These are highly trained scientists, many of whom have worked there many years. They are very specialized."

President Joe Biden signed an executive order in September, requiring all federal employees and contractors to get fully vaccinated by January. A recent federal district court case in Georgia granted a nationwide pause on that mandate.

"Sandia doesn’t believe that applies to them," Garner said.

Lab officials sent out a memo on Dec. 8, saying they are aware of the temporary injunction, but plan to move forward with the federally-set deadline on vaccinations while litigation is in its early stages.

Attorneys say they asked the court for an emergency restraining order against Sandia, but have had issues serving them while everyone is out of the office.

"As soon as the holidays are over and everyone’s back at work, the order can be served on them, the court will issue a briefing schedule, if they do grant the TRO, and then we would go forward with a preliminary injunction," Garner said.

KOB 4 reached out to Sandia National Laboratories for comment on this lawsuit. They sent us the following statement:

"Sandia remains committed to providing a safe and healthful workplace for our employees. Unfortunately, we are unable to comment on pending litigation." 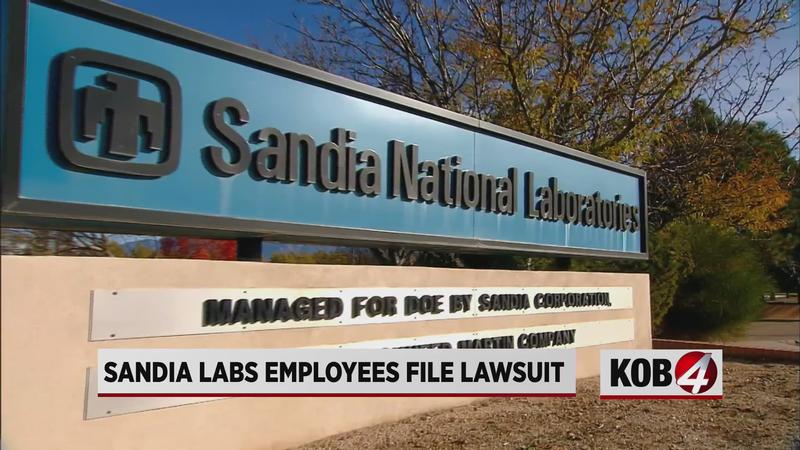