ALBUQUERQUE, N.M.- A major tire manufacturing company is teaming up with Sandia National Labs to test their product.

Sandia National Labs has teamed up with Goodyear to test tires virtually, before they’re built.

The team is simulating how a tire responds to different "real-life" road conditions.

"What the capability lets us do is maybe that you would only be able to run one or two of those tests out on a physical test track after you make the tires," Bunting said. " With the virtual capability, we’re able to do many of those simulations and identify weaknesses in the design before we run the tests, we know exactly which test we want to run." 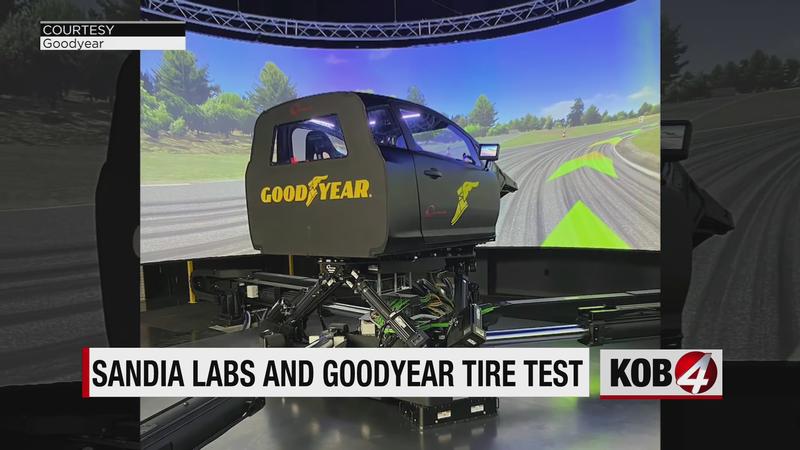 The virtual tests are comparably to physical tests, according to Bunting.

The team believes it’s a win-win partnership for Sandia and Goodyear.