ALBUQUERQUE, N.M. — Sunday marks one year since JB White was shot and killed. His death sent shockwaves across the sports community — the Santa Fe High School graduate was just weeks away from starting his first season with the Lobo basketball team.

With the blessing of JB’s family, Lozada-Cabbage is carrying his legacy in Tokyo — carrying a picture of him with her. She spoke with KOB 4’s Brandon Ortega.

Brandon Ortega: I thought that was such a nice thing to do, I know that meant a lot to anyone that ever knew him to have his picture all the way out there. Why was it important for you?

Sabrina Lozada-Cabbage: Their family has been really close with our family. It started when my younger brother and her son Noah payed football together when they were really young, they’re really good family friends. It’s like that, all that, happened, you know, it’s devastating, it’s something I never thought would happen. He had big dreams, had goals, had such a bright future.

I asked Jude if I could take a piece of him with me. Everywhere I’ve gone, I just… I feel like eventually in the future, JB should’ve been there. 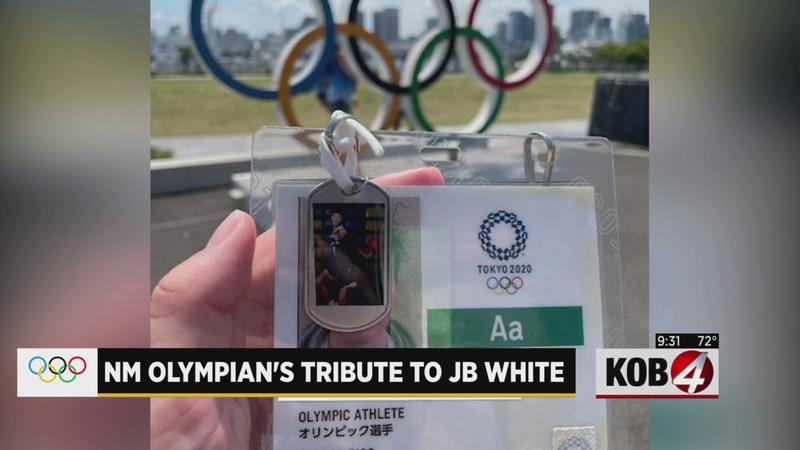