ALBUQUERQUE, N.M. — On Thursday the Santa Fe City Council will vote on a controversial development project at one of the city’s busiest intersections.

During a virtual meeting Tuesday evening, the governing body heard from the community about a planned development project at St. Francis Drive and Zia Road. Many who live in the area oppose it.

"We are throwing out ordinances to make this happen. This is shameful. Are we the city different or are we the city of apartments," said one person.

Developers of the Zia Station project are asking the city to waive a zoning rule that limits the height of buildings in the area to two stories. That’s because the proposal includes three-story buildings as part of a mixed-use development that includes nearly 400 apartments, along with office, retail, and restaurant space. 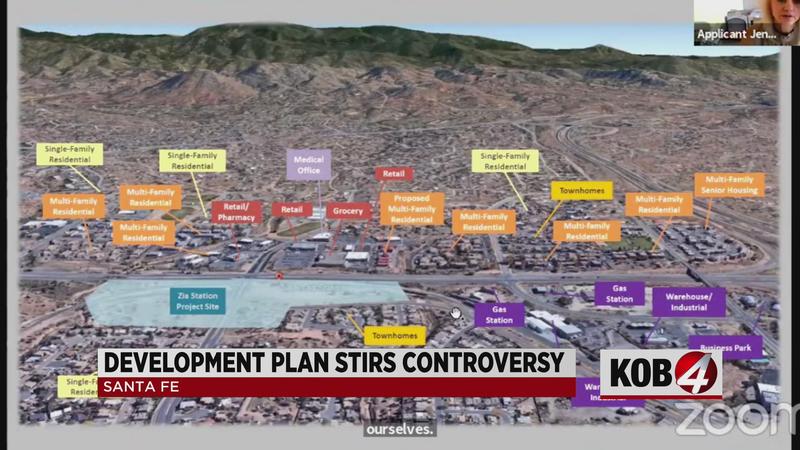 Developers said 10% of the apartment units would be used for affordable housing for 10 years—something supporters say is needed because of Santa Fe’s affordable housing shortage. Others in the community are excited about a potential boost.

"I want to support the project. I think it’ll be an answer to the area and it’ll bring vibrancy to the Zia Station, and be a great benefit to the community," said one person who lives in the area.

During a presentation at the start of the meeting, the developer said they’ve addressed community concerns about building height, traffic, and pedestrian safety.

"Originally, in the earlier iterations there were four-story buildings proposed all over the site. We completely eliminated any possibility for four-story buildings," said Jennifer Jenkins, with JenkinsGavins Inc. "We’re expanding the sidewalks on Zia, and we’re adding a signalized pedestrian crossing. We just talked about traffic. We heard about traffic. I can’t imagine what more we could do to address those concerns."

Santa Fe’s City Council is set to vote on the proposal tomorrow.