SANTA FE, N.M. – Lulu, a homemade roadster built by a man in New Mexico, made it all the way to the Hot Wheels Legends Tour finale at Jay Leno’s garage in Burbank, California.

The winner was announced on Facebook live Saturday morning, and unfortunately it wasn’t Lulu. But the Santa Fe man who built her said he still feels like a winner and the competition was an experience he’ll never forget.

Leno judged Lulu in his Burbank garage Saturday morning. Lulu was competing against nine other finalists in the Hot Wheels Legends Tour finale – where the winning car is made into a real Hot Wheels toy.

"I mean, this is built by a watchmaker. This is a guy who could take a watch apart and put it back together,” Leno said.

Lulu was built by Paul Kalenian – a retiree who lives in Santa Fe. Kalenian watched from home along with the other finalists as the winner was announced on Facebook.

The top prize went to a custom Volvo from the United Kingdom. But Kalenian said he isn’t disappointed.

"As with most things it’s the journey not the destination, so I’m really quite fine with it. I got a lot of calls from friends, from some people I haven’t heard from in a long time who watched it. A couple of people said I got robbed. I don’t think so. I got to Leno’s and it’s like a kid having an audience with the Pope. Hey, what could be better,” he said.

Kalenian spent seven months designing and building Lulu from the ground up inside his home’s garage in Santa Fe before entering her in the Hot Wheels contest.

"As I got older I thought you know, ‘I wonder if I could build a car from absolute scratch,"’ said Kalenian.

KOB 4 was there a few weeks ago as he took her for a spin around the neighborhood, getting ready for round two. Kalenian is in the process of building a new car named Lu-2. He plans to enter the contest again next year.

"You know my father taught me that if you can work with your hands and with tools you can show your imagination to other people, here it is. What could be better because you can have dreams but you can tell me about them but I can show you this dream and what did it. I have hands and I have tools, oh and I have time because I’m retired,” Kalenian said. 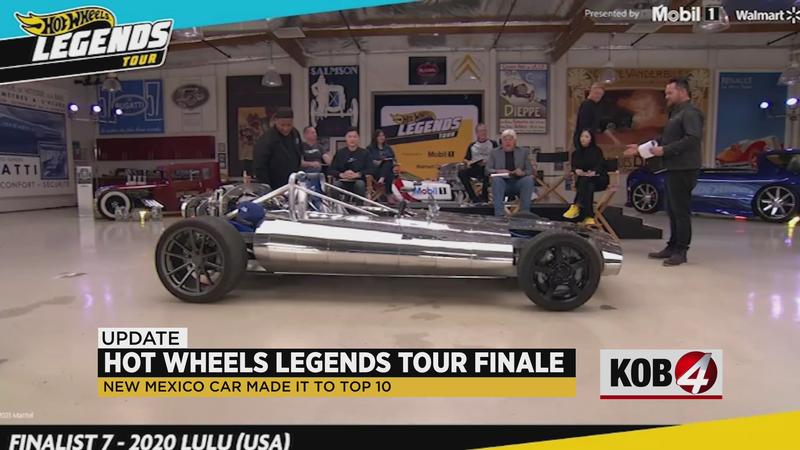