ALBUQUERQUE, N.M. — Cpl. Rachel Rael, 20, is from Santa Fe. After high school, she followed in her family’s footsteps by joining the military.

"My dad was a former Marine. He switched to Army and did active duty and retired as a Colonel, so I had a lot of influence from him I believe," Rael said.

After going to bootcamp in South Carolina, Rael started working in administration and has been stationed in Japan ever since.

"I work at the IPAC, which is the Installation Personnel Employment Center and I’ve gone on one deployment so far," Rael said.

Recently, Rael was named Marine of the Year for going above and beyond her regular duties. According to the Marine Corps, the award recognizes Marines who demonstrate leadership in the course of service and provide superior support to their peers. 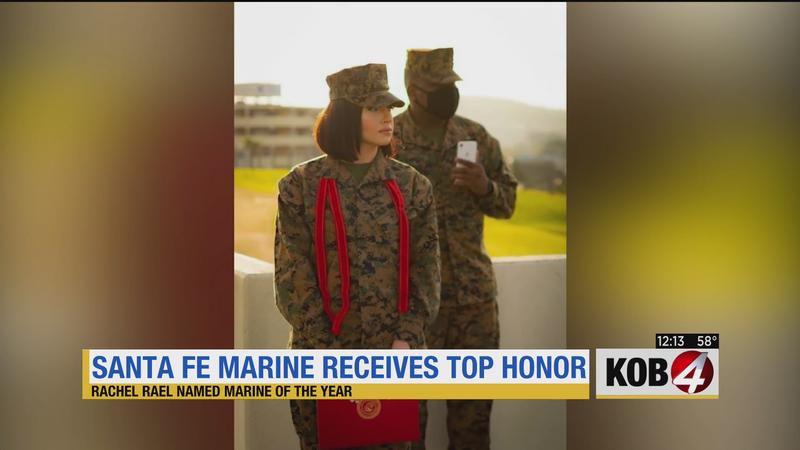 "I wasn’t sure if I was going to get it because a lot of Marines are doing a lot of great things," Rael said. "It makes me feel proud because I’m setting a good example for my Marines as well."

Rael said she plans on learning to become a drill instructor and looks forward to coming back home to visit.

"I miss a lot about New Mexico," she said. "It’s been awhile since I’ve been home and with COVID we’re not allowed to travel unless it’s for official business. I miss the food especially, because out here all the food is kind of the same. There are some Mexican restaurants but it’s not authentic New Mexican food so I definitely miss the food and the scenery as well."