ALBUQUERQUE, N.M. – Recreational marijuana became legal in New Mexico a little over a month ago. Now the Santa Fe Police Department is relaxing their own rules.

Under their previous policy, new applicants who used marijuana in any way in the last three years would be disqualified, but that’s no longer the case.

Deputy Chief Ben Valdez explained to KOB 4 in an email:

"With the legalization of recreational cannabis, maintaining the three year disqualifying factor would likely make an already challenging recruiting environment much more difficult, this also would present the potential of losing out on well-qualified candidates.” 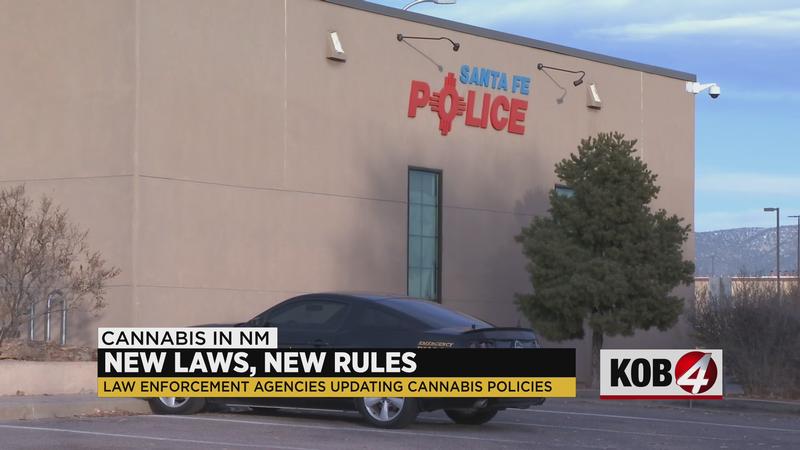 This major policy shift is one of the first among law enforcement offices. People who advocated for legalization are applauding the move.

“I think the Santa Fe Police Department made a great call to not drug test officers as they come in because that will really limit the pool of eligible individuals and that is not a threat to public safety," said Kaltenbach.

But other agencies are not as quick to make a change. The Albuquerque Police Department said their policy is staying the same.

"We require two years without drug use and charges in line with misdemeanor crime time frames," said Rebecca Atkins, a spokesperson for the APD.

While there are currently no talks of a change at APD — Bernalillo County is starting the conversation.

“The county manager and the leadership team are looking at the new changes in the law, evaluating it, and at this time we don’t have any announcements to make and they are just talking about it and working through it," said Tia Bland, Bernalillo County communication director.

Under the new legalization, employers are still allowed to set their own rules – including zero-tolerance policies—but the Drug Policy Alliance is hoping employers reconsider those rules.

“Don’t believe we test for alcohol upon employment, so now that cannabis is made legal we need to do the same,” said Kaltenbach.

KOB 4 also reached out to New Mexico State Police to see if their drug testing policies will change, but a spokesperson hasn’t gotten back.