The Tokyo Olympics concluded Sunday but one Santa Fe school is just beginning their version of it.

Aspen Community Magnate School held the opening ceremony for its third mock Olympic Games on Thursday. The weeklong competition is held every four years and gives students a chance to learn about the country that they represent.

"It’s just a good chance for the teachers to globalize our kids," organizer and P.E. teacher Nic Kolkmeyer said. "We can put it into what we call our real life project or scenario so they can know what the Olympics are once they get out of this, if they had never known."

Like the real Olympians, students get to compete in various competitions, including rock climbing, running, weightlifting and archery.

Next week, the school will host a closing ceremony for the competition. There are plans to have a mock Winter Olympics. 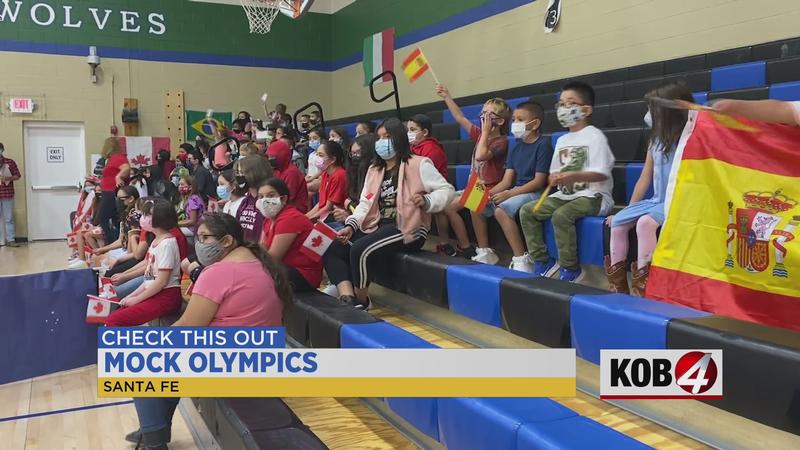