Skiers and snowboarders from all over flocked to the mountain this weekend at Ski Santa Fe. They eagerly waited in line for the lifts to bring them all the way to the top of the mountain, even if the conditions aren’t necessarily perfect.

“Yeah it’s definitely a little bit dryer but you know we are just trying to have fun no matter what the conditions are,” said Kyle Lewiecki, skier.

And it’s not just New Mexico resorts that have been waiting for more snow this year—a lot of folks came in from out of state this weekend just to find some powder.

“I’m originally from Colorado and the snow hasn’t been that great, it just started snowing,” said Patty Oliver, skier.

Ski Santa Fe only opened a handful of runs back in November — but as more snow fell in northern New Mexico last week—the upper mountain is finally ready.

“Its great it’s been a long time coming sometimes it takes mother nature a little while to get going but that New Year’s storm delivered and it’s pretty exciting to be open at the top,” said Ben Abruzzo general manager of Ski Santa Fe.

“We are down a bit, we are at least 30% down on our staffing levels, certainly in other departments. Food and beverage is certainly is a tough one, lift operators are tough, but other departments like ski school are near full staff, so it all depends.” Abruzzo.

And there is plenty of work to do on the mountain with fewer hands.

“We got to get the upper mountain lifts, the unloads and loads done, plenty of grooming to do. We are shifting our snow making focus up there to beef things up for the rest of the season, so it’s a lot of work and it doesn’t really stop it just keeps going,” Abruzzo said.

Hopefully the snow will keep coming- to cover the whole mountain, help out a limited staff, and satisfy some anxious skiers and snowboarders the rest of the season. 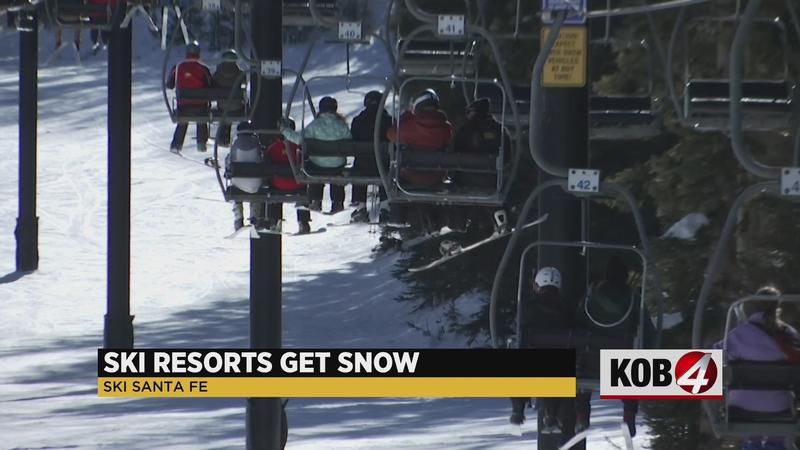