Santa Fe tourism on the rebound

ALBUQUERQUE, N.M.- The tourism industry is on the rebound in Santa Fe.

“We’re seeing some very quick recovery, said Randy Randall, the city’s Executive Director of Tourism. “I’ve been reading about the fact that there’s a pent-up demand and people have got some extra money in their pocket that they couldn’t spend on restaurants and various things, and we’re seeing it come to fruition.”

Randall said people can look forward to the major summer events that were canceled last year.

“We’re waiting for, obviously, some guidance from the governor’s office as to what is allowed in an outdoor event,” said Randall. “We think we’re going to need to be some crowd capacity controls that some of these events haven’t typically had. Bandstand, Spanish Market, Indian Market, so we’ll build some fencing corrals for them if we can but we’re going to do everything we can to bring them back, absolutely”

Airlines are also adding more daily direct flights to Santa Fe’s airport, which will also boost the amount of visitors to the city. 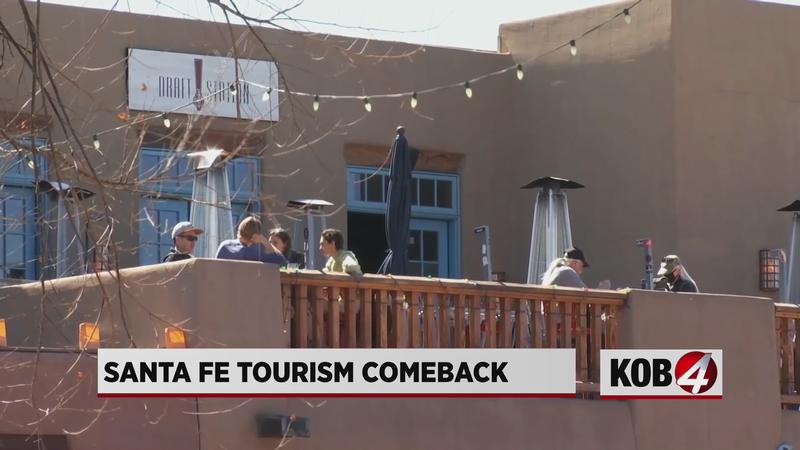