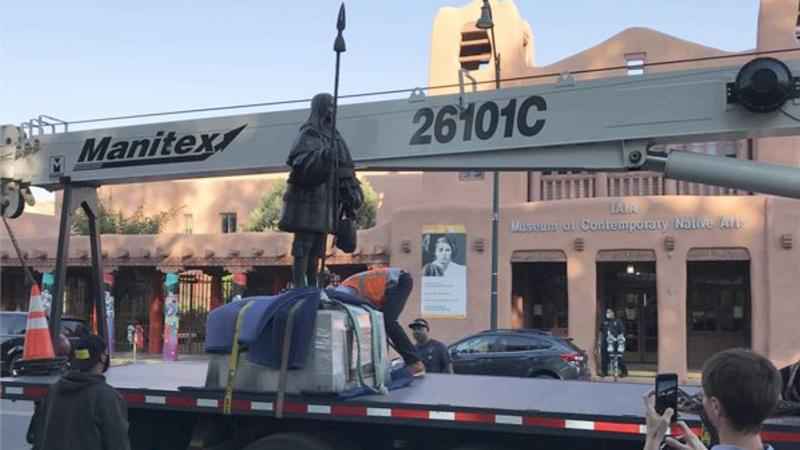 SANTA FE, N.M. (AP) — A New Mexico city’s statue of a Spanish colonialist that was removed following disputes over its representation has been quietly kept at a private home for months.

The Santa Fe New Mexican reported the statue of Diego de Vargas was removed from a Santa Fe park in June on the orders of Mayor Alan Webber during tensions over local monuments.

Former City Councilor Ron Trujillo says he saw the statue but declined to identify the property to prevent vandalism.

City spokesman Dave Herndon says the statue has been in the same place since the mayor requested its removal.