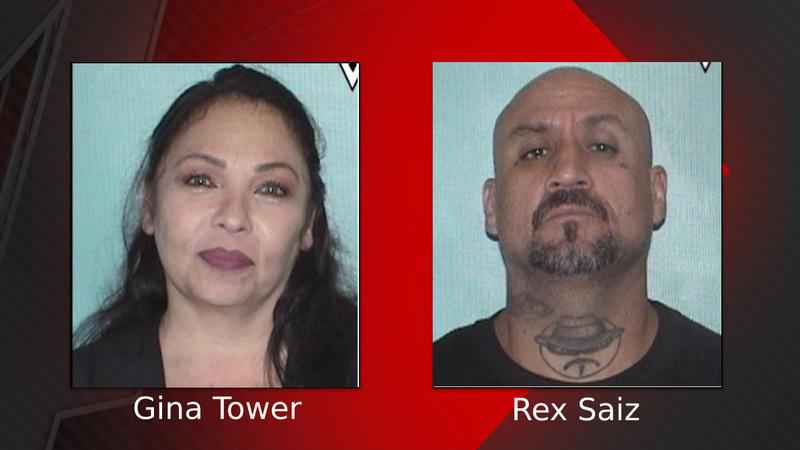 SANTA ROSA, N.M. – Two suspects were arrested at a Super 8 hotel in connection with a Monday afternoon homicide that occurred at a Santa Rosa home.

Saiz was accused of fatally shooting 58-year-old Thomas Ulibarri – his stepfather – during an altercation in a Santa Rosa home at 141 N. 8th St. Saiz is also accused of firing at his mother but she was not struck by the gunfire.

The NMSP Investigations Bureau responded to reports of a homicide at 141 N 8th St. in Santa Rosa, at 2:30 p.m. Monday, upon the request of Santa Rosa police. NMSP agents learned of the altercation and Saiz fleeing the scene.

Authorities conducted an extensive search, with NMSP tactical team and helicopter assistance, for Saiz. The search ended at around 10 p.m., when he and Tower were located at the Super 8 in Santa Rosa.

Saiz and Tower were booked into the Guadalupe County Detention Center and are awaiting a court appearance.

This incident remains under investigation by the NMSP Investigations Bureau.