A text is making the rounds, saying Nexus Brewery is looking for "good and honest" people to make deliveries.

"I did have a customer call the other day and they were asking if we were hiring truck drivers," Kenneth Carson, owner of Nexus Brewery, said. "Of course, we said no."

Carson said no one at Nexus sent out those texts, and they aren’t hiring delivery drivers. 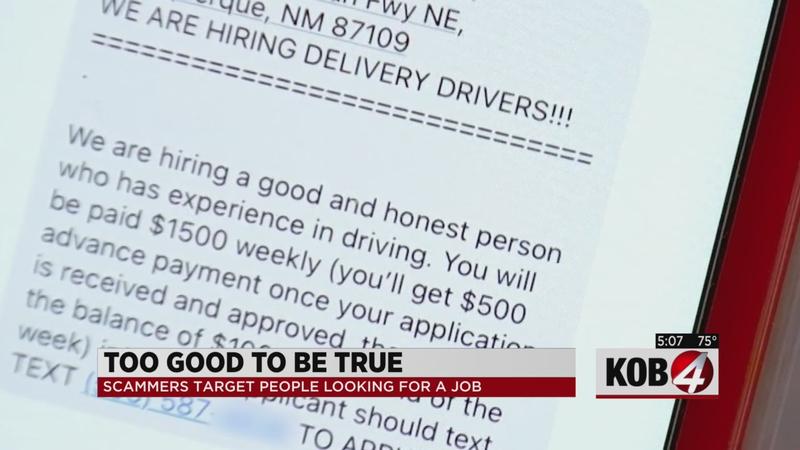 So if it’s not Nexus – who is behind it? KOB 4 tried calling the number that sent the text, but no luck.

The Better Business Bureau is warning of scams just like this, targeting people looking for work.

Carson said Nexus isn’t even fully reopen yet – the Smokehouse location on Broadway is closed Mondays and Tuesdays because they don’t have the staff.

"It would definitely be of benefit to us to open, but I don’t want to jeopardize service to our customers," Carson said. "The main position right now is we’re always looking for cooks, it seems like that’s the hardest one to fill. And then secondarily, we’re looking for servers."