ALBUQUERQUE, N.M. – Video showing the terrifying moments during and after an alleged street racer hit a bus full of middle schoolers has renewed at least one legislator’s call for seatbelts on school buses.

"It’s looking at the safety features we have on automobiles and applying those to school buses,” said Rehm.

The bill made it through the House before it died in the Senate Education Committee. Rehm says it came down to money.

"I think that it’s time for us to advance,” said Rehm. “There’s many other states that have this requirement."

There are at least eight across the country with seatbelt requirements, including Texas, California, Arkansas, and Nevada.

This week’s release of the on-board footage that shows middle schoolers flying through the air upon impact prompted Rehm to send an email to all members of the committee, asking them to reconsider the seatbelt proposal during the next legislative session.

"Had the kids had seatbelts, they wouldn’t have been flying through the vehicle,” said Rehm.

He believes cost concerns should not be an issue this time around.

"Clearly we have plenty of money right now and safety of our kids should be one of the number one items that we look at,” said Rehm.

Some local parents and students think it’s a great idea, but aren’t positive it could or will happen.

"Sometimes it’s not even the bus driver’s fault it’s just the other cars around it and you can’t really control you know how every other person drives,” said one middle school mother.

"We need seatbelts in our cars so it’s necessary,” said another mom with kids in elementary, middle, and high school.

"It’s probably not going to happen but I think it would be a great idea and it’s just a great safety feature to have for all of our kiddos,” said one other mother.

Rehm and KOB have not heard back from any other committee members about whether they will support this bill next year, during the next session. 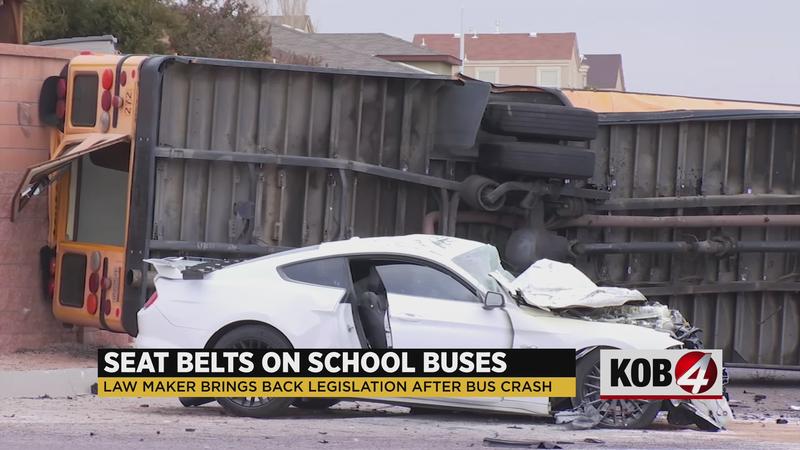