ALBUQUERQUE, N.M. — School districts across the state are still deciding whether to bring students back to the classroom for hybrid learning.

The Los Lunas School Board made the decision a few weeks ago to remain virtual until after spring break, but they decided to reconsider that option during a Tuesday meeting.

Board President Bryan Smith claimed the previous vote was actually tabled, so he presented a new plan.

"I want to support a reentry model that addresses everyone’s concerns. And it seems difficult, but its really not that difficult. I want teachers to come back based on their choice, not because they were antagonized or ridiculed for their decisions,” Smith said.

President Smith’s idea was ultimately voted down, which means students will stick to virtual learning. However, Smith hinted at bringing back the conversation during their next board meeting Feb. 23.

“It’s obvious they want us to get into a hybrid model as fast as they can, so they threw it in our lap and they dangled the biggest carrot they could find. How can we get this school district in a hybrid model? I know, lets use athletics,” Smith said.

The APS Board of Education will meet Wednesday to determine the same thing: stay virtual or switch to hyrbid learning. The final decision will impact whether high school athletes can participate in their sport, but APS Superintendent Scott Elder is asking the state to reconsider that condition.

“As we make our fair efforts to return students to the classroom that our kids have the opportunity to participate,” Elder said during a Feb 4. Meeting.

Other New Mexico school districts such as the Hobbs Municipal School District returned to the classroom Tuesday, and Roswell students are gearing up to return next week.

In Santa Fe, students and staff will return on a voluntary basis. Other districts like Rio Rancho will soon begin a phased-in hybrid approach. 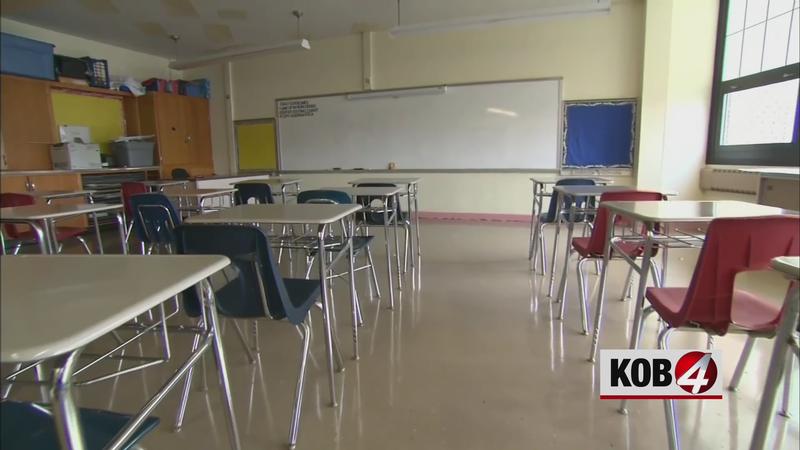