LOS ALAMOS, N.M. – This year’s drought, to say the least, has been pretty bad for New Mexico. Back in April, more than 53% of the state was in the worst category of drought and thanks to a great monsoon season, that number has now dropped to 0%.

Regardless, most of the state is still in some sort of drought and it’s something people need to be prepared to deal with, and scientists at Los Alamos National Lab are currently working on this.

"We are studying and trying to develop microbes that could actually help plants grow bigger through the drought, so that you don’t need to irrigate your fields as much as before,” said Sanna Sevanto, plant physiologist at Los Alamos National Lab.

They’re studying microbiomes in the soil, systems in the soil where bacteria and fungi can interact with the plant, and they can influence things like plant growth and drought tolerance.

"In this project we are using two microbiomes. One from Fort Collins from the USDA test laboratory from their fields and from here at Los Alamos and we are testing which one of those would improve the plants better. What we are studying for is, what kind of microbial species are included in the soil and we try to identify plant traits that those microbes give the plant,” she said.

Their research so far has shown that it is indeed possible. The microbes from Los Alamos made the plants grow bigger while not requiring as much water.

With their research, they hope to bring food security for years down the road. 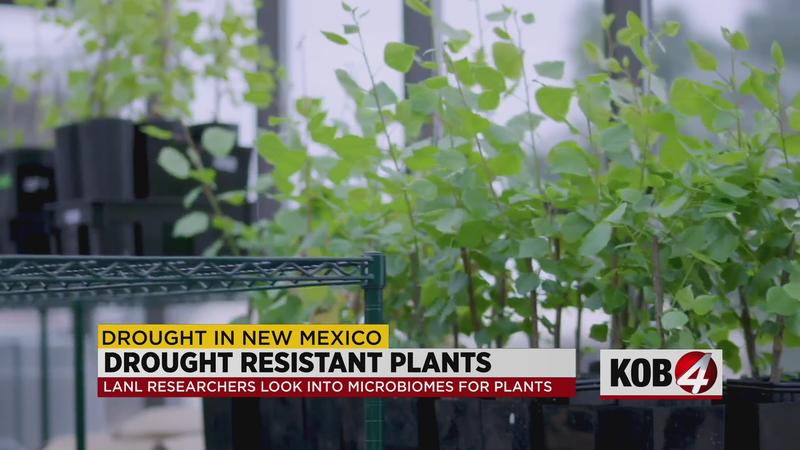