Search continues for I-40 hit-and-run suspect

ALBUQUERQUE, N.M. – It’s been nearly two weeks since a tow truck driver was hit on the side of I-40 in the metro. He’s still recovering in the hospital and the search is still on for whoever was behind the wheel.

The owner of A-Albuquerque Towing, Steven Stewart, says his driver who was hit, Tom Avent, is doing as best as he can, considering how hard he was hit by a truck. Paramedics say he was literally knocked out of his shoes.

After a couple of long weeks, Stewart was finally able to visit Avent in the hospital.

"The minute I would say something his eyes would get wide open and he would look around, and I’d say ‘do you know who I am?’ and he just nods and moans ‘yeah,’” Stewart said.

Stewart says has been waiting for that moment for a long time, when he could finally see his employee after a horrible hit-and-run on I-40 near Tramway on Jan. 28.

“It’s an eye-opener I tell you, he’s in there with tubes running down his nose and throats and he looks like well to me what he should look like. His face has a big scar here then his whole side is black and blue, it’s unbelievable,” Stewart said.

Avent has a broken nose and cheekbone, at least 7 ribs are broken in more than one place, his shoulder and knee are also swollen and covered in bruises. Doctors say Avent will be in UNM Hospital for at least 6 to 8 weeks before he can go through physical therapy. But, he won’t be alone on his road to recovery.

“He’s got brothers and sisters that work throughout the week, but I think it’s good to have someone he knows come in and see him and there is enough of us we can hit him every day,” Stewart says.

What happened to Avent has rallied the Albuquerque community. Hundreds are lending their support and are trying to help find the driver who hit him and took off.

“I just want to thank the public you can’t believe, I have probably go excess of 100 calls on that truck since it has gone on your newscast and people saying ‘I’ve seen the truck,’ or ‘I can take you to where the truck used to be,’ I’d give you that information but I think I better hold off a little bit longer until APD goes and interviews this guy,” Stewart said.

Stewart says he has passed on all of those tips to APD, but hasn’t heard anything from detectives.

“Is no news good news in this case? I think not. But it would be nice if they gave you a call to update you,” Stewart said.

“I wish there was more you can do, it’s such a, you can’t do nothing, your hands are tied to your side,” Stewart said.

KOB 4 reached out to APD early Tuesday and they said they are making progress on this case but that’s all they can say because it is an active investigation.

If you want to donate to support Avent his family has set up a GoFundMe page. 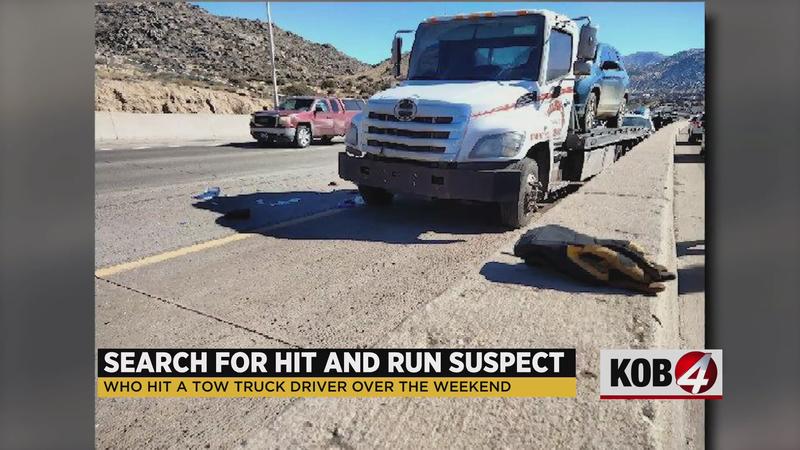