Search continues for man whose car was found near Gorge Bridge

ALBUQUERQUE, N.M.- A 20-year-old has not been seen for nearly two weeks.

Juan Munoz’s vehicle was found abandoned at the Rio Grande Gorge Bridge near Taos on Feb. 21.

Since then, New Mexico State Police, Munoz’s family and friends have been searching the area.

"State police went in with drones and the helicopter," said Juan’s aunt, Miriam Munoz. "We hired the rafters to take the, it was a 16-mile route, I guess you can say that, they took, and they didn’t find anything either."

Juan’s family said he was last seen Feb. 20 at the National Guard Armory in Rio Rancho. 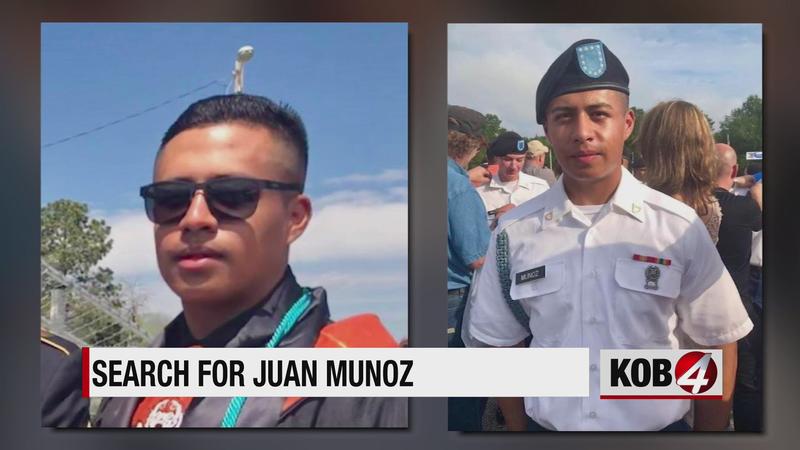 His mother learned his car had been found at the gorge on Sunday, after New Mexico State Police knocked on her door and said he didn’t show up to drill at the armory.

"I get scared because I don’t know where he is," said Juan’s mother, Elizabeth Munoz. "I thought he was in the armory."

Search dogs alerted police to Munoz’s scent on the bridge, but officials said multi-day and multi-agency searches have turned up nothing.

"We think that maybe he just left the vehicle there, and maybe, (went) somewhere else, and we’re afraid that we won’t find him," Miriam said.

Her family and friends are still searching.

"We’re not people of much money, but we’re offering a reward for any valid leads that will lead us to him," Miriam said. "Not knowing, ever, that’s heartbreaking. I mean, today is day 10, I believe, and it’s been very rough."

Anyone with information about Juan Munoz’s disappearance is asked to call New Mexico State Police.