According to the search warrant, provided by our media partners at the Santa Fe New Mexican, the prop gun was prepared on one part of the set, picked up by the assistant director, then handed to Baldwin. Prop gun experts said typically when guns are on set, multiple people have to inspect it before it is handed off for the scene.

The sheriff’s office taped off the church building at Bonanza Creek Ranch as the investigation continues. Documents released Friday walk through how this investigation started.

According to the warrant: "During the filming of the movie the assistant director grabbed one the three prop guns that was set up by the armorer."

The assistant director then brought the gun into the building and yelled "cold gun!" as he handed it off to Baldwin, indicating the prop gun did not have any live rounds. 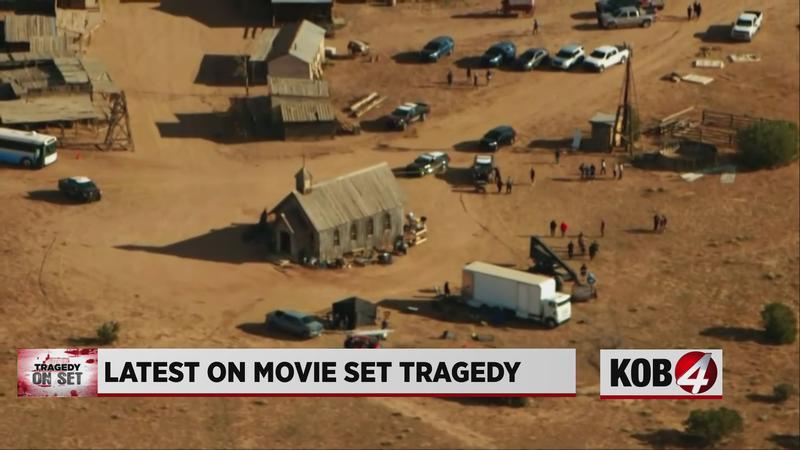 New Mexico Gunfighters Association Vice President James Blackburn says whenever he works on a movie set it’s normal for at least three people to check prop guns before they are used.

“Over the summer I did a small part on a Queen Latifah movie where I had to shoot a gun, a blank firing gun, and not only did I check it and the armorer check it, but Queen Latifah came up and checked it,” NMGA Vice President James Blackburn said. “So at least three sets of eyes on it to ensure safety and that there was a blank in the gun.”

But according to the search warrant, the “assistant director did not know live rounds were in the prop gun when he had given it to Alec Baldwin."

While the sheriff’s office says they cannot confirm or deny whether or not there were live rounds in the prop gun, Blackburn said there shouldn’t have been live rounds on the set at all.

“Typically with the gunfighter group and the television and movies they don’t typically allow live ammunition anywhere near set and that is the same way we are with the gunfighters so that way you can’t accidentally forget,” Blackburn said.

As production is paused and the investigation continues on set, many are asking if charges will be filed.

“If Alec Baldwin was doing something that he was doing routinely, like any movie actors and actresses do routinely, it’s really unlikely that there would be any criminal charges against him,” UNM Law Professor Joshua Kastenberg said. “It’s the same thing if whoever owned that prop gun and had a duty to maintain it. If that’s the movie company itself, then you will probably see them as a defendant.”

Katenberg also adds it’s unlikely that the family of the cinematographer, Halyna Hutchins, who died, will file a wrongful death lawsuit until after they finish the investigation. Even then, it might not go to court.

“Of course, movie industries and prop and weapons manufacturers are heavily insured companies so you may see lawsuits filed – but you may also see settlements rapidly decided on too,” Kastenberg said

Sources familiar with the situation tell NBC News that the prop gun used in the deadly shooting had misfired before on the set.

The LA Times also reported two misfires of a prop gun on Saturday and that six hours before the deadly shooting, union camera operators and their assistants walked off the job to protest unsafe working conditions.

KOB 4 reached out to the local IATSE union for a comment about the walkout, but have not heard back.

A vigil for Hutchins will be held in Albuquerque at Civic Plaza Saturday night, starting at 6 p.m.