ALBUQUERQUE, N.M. — A warrant has been issued for Alec Baldwin’s iPhone.

The warrant seeks the seizure and search of Baldwin’s phone to search for any evidence relating to the death investigation of cinematographer Halyna Hutchins, who was shot and killed on the set of "Rust" in Santa Fe.

"Affiant believes there may be evidence on the phone, due to individuals using cellular phones during and/or after the commission of crime(s)," the affidavit states. "Such information, if it exists, may be material and relevant to this investigation. Affiant was also made aware there were several emails and text messages sent and received regarding the movie production ‘Rust’ in the course of interviews."

Investigators had previously requested Baldwin’s phone, but were "instructed to acquire a warrant." 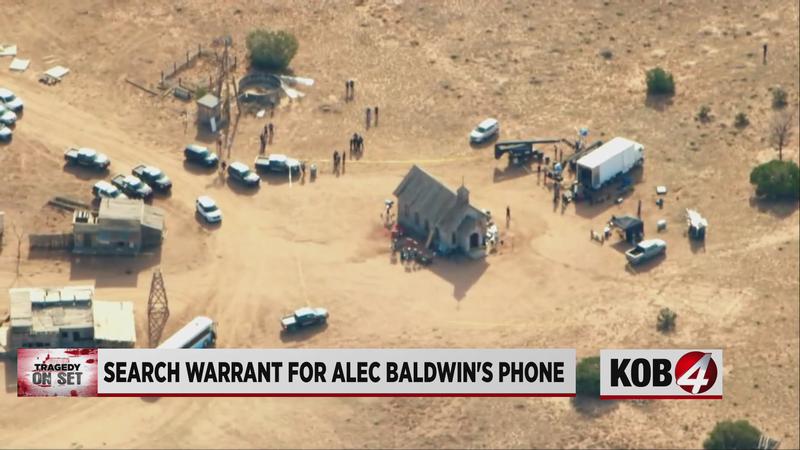 “We are confident that the evidence will show that Mr. Baldwin is not responsible civilly or criminally for what occurred on October 21, and he continues to cooperate with authorities. We proactively requested that the authorities obtain a warrant so that we could take steps to protect Mr. Baldwin’s family and personal information that is clearly unrelated to the investigation. A phone contains a person’s entire life, and personal information needs to be protected. While they evaluate the phone information, we hope that the authorities continue to focus on how the live rounds got on the set in the first place.”