SANTA FE, N.M. – A controversial bill that would ban the sentence of life without parole for juveniles in New Mexico – is headed to the Senate floor for debate.

Senate Bill 43 passed the Senate Judiciary Committee Saturday afternoon by a party-line vote of 5-3 with Democrats advancing the proposal.

"Life without parole is an extraordinarily long time for youth — somebody under the age of 18," said Sedillo Lopez.

Supporters of the bill point to a 2012 U.S. Supreme Court case that found it unconstitutional to sentence a child to life without parole.

If SB 43 becomes law – New Mexico would join 24 other states in banning life sentences without parole for a child. It would also require a parole hearing after 15 years — and no less than 5 years after that — for a child sentenced to life.

"To give children who have committed heinous crimes the possibility of redemption and to give them some hope," said Sedillo Lopez.

But the bill has faced fierce backlash from victim’s advocates – who point out a child sentenced to life with parole could potentially be released after serving just 15 years.

"How can you take away the one piece of justice that us as victims ever get. It is hard enough to a life sentence in New Mexico and for that to be taken away is not fair. These are not non-violent crimes. These are violent premeditated crimes using firearms," said Nicole Chavez, victims advocate.

"You have an instance where somebody creates the most heinous crime – a columbine type situation – and yet they only service 15 years in prison, I think that would be a huge injustice to the citizens of New Mexico," said Republican Sen. Cliff Pirtle.

SB 43 now heads to the Senate floor for debate. The full Senate will have to pass it before it can head over to the House for consideration. 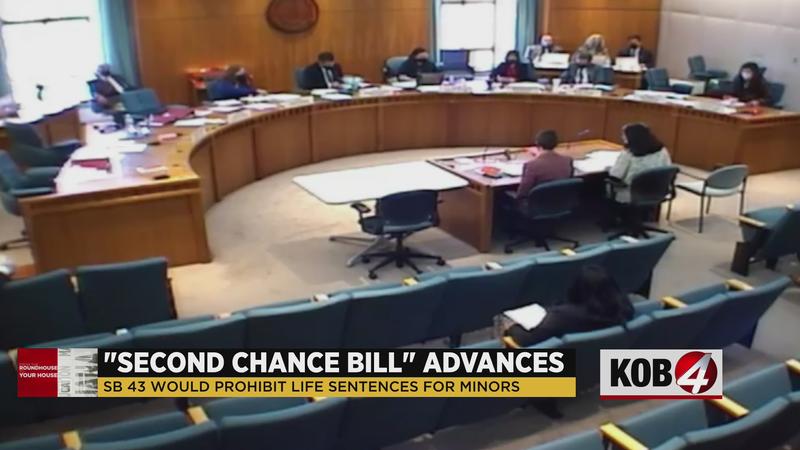