SB 43, also known as the ‘second chance’ bill, would ban life without parole for juveniles convicted of first-degree murder. Juveniles sentenced to life would get a parole hearing – the possibility of being released – after 15 years.

If the bill passes, it would apply to juveniles already serving a sentence of life without parole.

"In which they can prove they have been transformed, that they have changed," Sedillo-Lopez said. "It is a parole board that would make a different decision about whether or not they should be released." 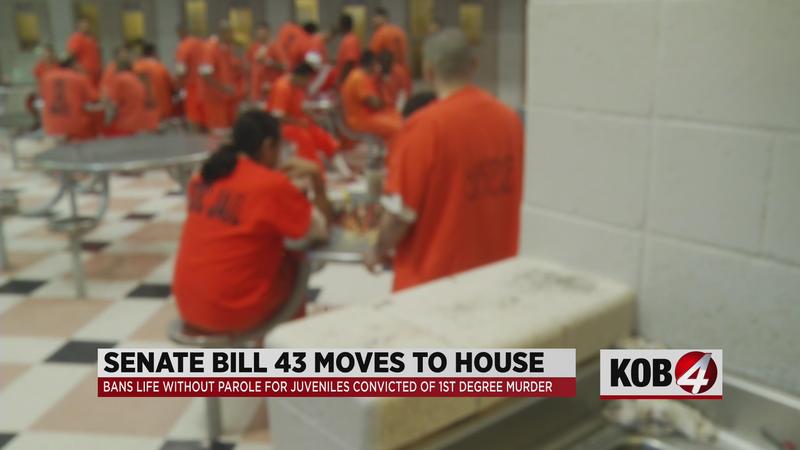 Some victim advocates, however, believe that juveniles sentenced to life should serve the full 30-year sentence. Opponents are upset that SB 43 has gotten further than any of the "tough on crime" bills that have stalled at the Roundhouse.

Supporters of the bill, like Shannon Fleeson, believe that young people have a great capacity for change. Fleeson’s brother was sentenced to life in prison for murdering their grandparents in 1994. He was only 16 at the time.

"I spent years and years very angry with him and the other two individuals that were involved, but over the years I’ve realized that he’s grown up and changed and matured," Fleeson said.

"Showing mercy to children like Nathaniel doesn’t diminish the harm they caused," said Stephen Taylor, an assistant federal public defender. "It helps us recognize the humanity that resides in each of us."

According to court records, Nathaniel Jouett opened fire in the library, killing two library workers and injuring four others in 2017. One of the survivors, Alexis Salisbury, was shot three times.

"I smiled at him before he went to the restroom and came back out and shot everybody," Salisbury said. "There’s footage in the library of where he does the ‘rock on’ sign to the camera before he walks in and shoots everybody in the library."

Jouett was 16 when he was charged as an adult and given two life sentences. If SB 43 advances, he would be eligible for parole in 10 years.