ALBUQUERQUE, N.M. — For the second night, those close to Nelson Gallegos Jr. gathered outside Central Grill – the location where he was shot and killed in an apparent road rage shooting.

Gallegos Jr. was taking his 7-year-old grandson to school on Wednesday morning when he was killed. It was also his 52nd birthday.

On Friday, police released a picture of the truck they believe was used in the fatal road rage shooting. Gallegos Jr.’s wife, Jeannie Gallegos, prays it will get her and her family closer to justice.

Jeannie did want to thank everyone who came out Friday night for their support. She said it is helping her through the toughest moment of her life so far. 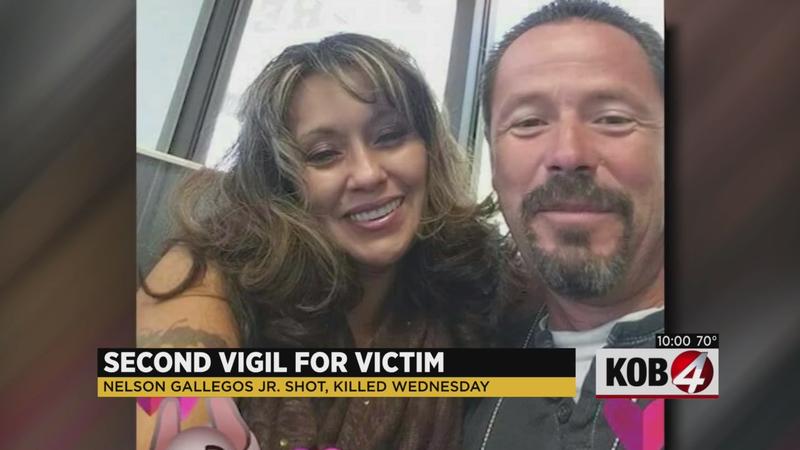 The deadly shooting sparked by anger is just the latest of many that have happened this year in Albuquerque.