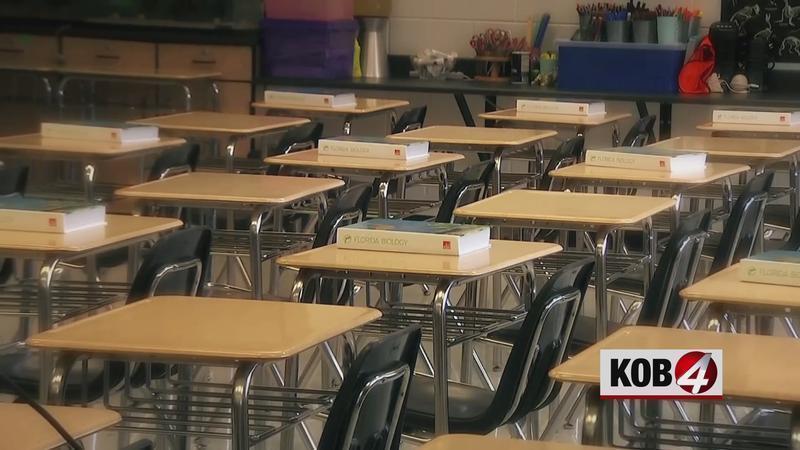 A complaint submitted to the governor’s office said hundreds of Mayfield High School students may have attended the event held April 10, according to a Las Cruces Public Schools statement released Thursday.

While the event is investigated, Mayfield will remain on remote learning through April 26 to prevent potential spread of COVID-19, the district’s statement said.

Students who attended could face repercussions ranging from academic suspensions to being barred from school events such as graduation, district spokeswoman Kelly Jameson told the Las Cruces Sun-New s.

“We understand that … students have certainly missed out on an awful lot this last year,” Jameson said. “But anything that threatens their own safety and welfare is something that could potentially impact others, and the district sees that as irresponsible at this point.”

Josh Ziehl of Owl Cartel Event Productions told the Sun-News that he was hired as DJ for the event. He estimated that between 100 and 150 students attended.

Attendees wore masks but many did not keep them on the whole time, said Ziehl, who said he wore his throughout.

Approximately 20 adults supervised the event, “trying to keep … social distancing as best as they could,” he said.

The Sun-News reported that it was unable to confirm the location.

“Violating the order against mass gatherings is a disappointing disruption to those efforts,” Ramos said in the district’s statement.

Mayfield High School Principal Eric Fraass said he learned of the event the next morning after being forwarded photos from social media posts.

“Some teachers are disappointed that kids, in their opinion, were being irresponsible,” Fraass said.

Ziehl, the DJ, said he was pleased to see the gathering.

“Honestly, the kids had such a good time, you could just tell,” he said.