The president hoped to sell his infrastructure bill to congressional leaders.

Lujan, however, wanted to also discuss the next steps in COVID relief.

"We raised to President Biden today and Vice President Harris was, sadly, we have lost so many Hispanic brothers and sisters across America, that have died as a result of COVID-19. As a matter of fact, Latinos are number one, when it comes to deaths in the country. It shows that there needs to be more access to programs to health care, and to ensure those dollars are making their way into those communities."

COVID-19 isn’t the only issue New Mexicans are concerned about. Illegal immigration worries many people who live near the New Mexico-Mexico border. 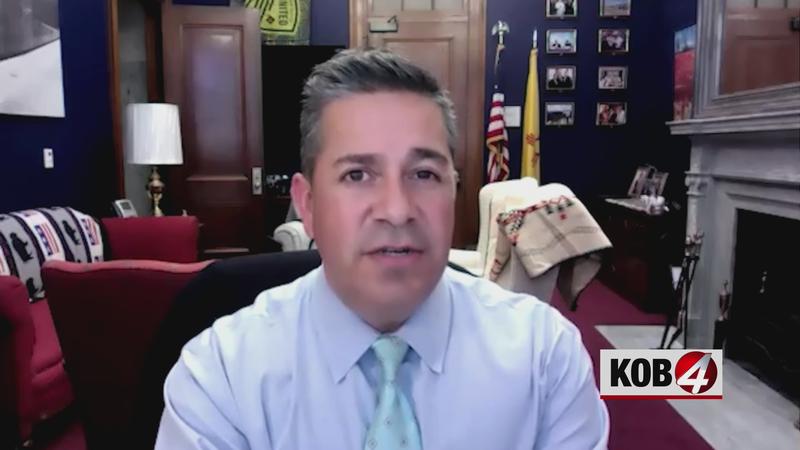 Lujan said he is for border security, but not in favor of completing the border wall.

"I don’t want to see another dollar going into building President Trump’s wall, which again, he promised the American people and other countries would pay for," Lujan said. "It was one of those failed promises. If he would have taken the dollars that he put into that wall and put into modernizing the border, I believe that we would have much safer communities and a much more secure border than what President Trump said would be achieved by just simply building the wall."

On the issue of the mass influx of undocumented immigrants and unaccompanied children seeking asylum at the border, Lujan said 10 Republican senators need to join Democrats in passing an immigration reform bill.

Lujan also addressed questions about the idea of increasing the Supreme Court, which President Biden said he would explore.

"The number of Supreme Court justices is not in the constitution. It’s changed throughout history. And it’s one of those ideas that I think should be on the table. I don’t know what that threshold should be. But it’s definitely something I’m open to and that I am studying, and that I am eagerly looking at some of the work that our colleagues are doing now, and maybe doing down the road," Lujan said.