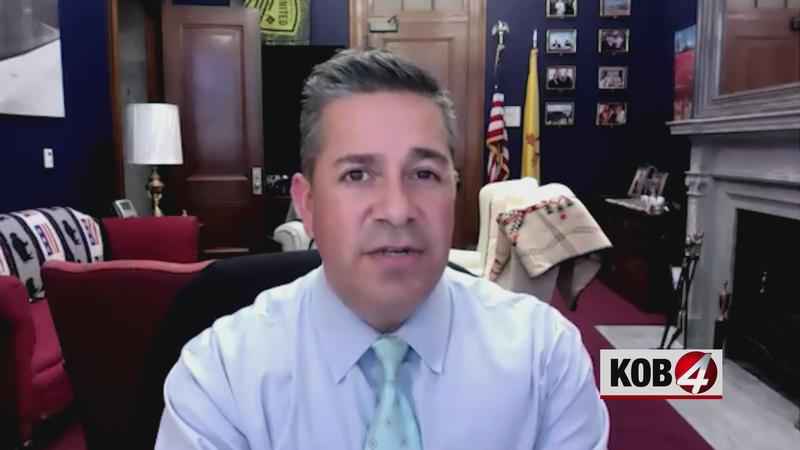 “I’m feeling strong. I’m still not 100% but I think I’m over 90%,” Luján said Thursday on a tour of a high school. He walked around the campus in red Converse sneakers and spoke with students about mental health.

Luján’s recovery is a relief for Democrats who barely hold power in the evenly divided Senate, thanks only to the tie-breaking vote of Vice President Kamala Harris. The White House agenda was thrown into peril when Luján’s stroke was first revealed.

Luján, 49, credited hospital staff, prayer and a positive attitude for his quick recovery from the stroke. After returning to Congress in March, he held his first public events in New Mexico this week, starting in Albuquerque on Tuesday. He’s also been doing work at his family farm and walked to a church as part of an Easter pilgrimage, he said.

He said his health scare won’t cause him to retire before his term is up in 2027.

“I’m here as long as I have and earn the support of the people of New Mexico," Luján said. "They will decide who’s going to serve them in the U.S. Senate."