ALBUQUERQUE, N.M. — The State Senate Judiciary Committee is debating a controversial bill that would allow police officers and local governments to be sued more easily.

House Bill 4, or the New Mexico Civil Rights Act, would do a few things if it becomes law. First, it would end qualified immunity, which can shield governments and employees from liability. It would also allow people with a civil rights claim to sue a New Mexico government body in state district court. Currently, civil rights claims have to be filed in federal court.

HB 4 would allow people to sue any public body—like the state, city or county—or its employees for a civil rights violation under the New Mexico Constitution. However, sponsors of the bill said only the government body can be sued on behalf of an employee, meaning individual officers or employees can’t be personally sued.

Proponents of the bill believe it could increase accountability for police agencies and local governments. However, opponents of the bill said they believe this bill will hurt recruitment and retention of highly qualified officers across New Mexico, and leave cities and counties vulnerable to more lawsuits

If the bill clears committee Wednesday, it will head to the full Senate for a vote. 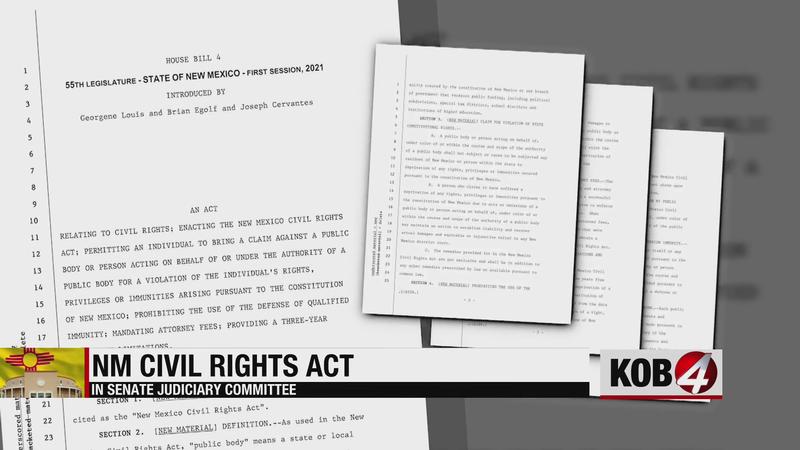