ALBUQUERQUE, N.M. — The State Senate Rules Committee passed a resolution Friday that could give a funding boost to the state’s early childhood education programs. House Joint Resolution 1 now moves on to its second and final Senate committee.

If passed, New Mexico voters would get to decide whether to take an extra 1% from the state’s $22 billion land-grant permanent fund, which would provide about $180 million a year for early childhood education programs.

"These investments can be made and the fund remains healthy in perpetuity,” said State Rep. Javier Martinez (D-District 11) during the Friday committee meeting.

"We know that these investments in early childhood in the earliest years can yield up to a 13 percent return on the investment for the state, for society,” he said.

However, four Republican lawmakers on the Senate committee voted against the resolution. Sen. Jerry Ortiz y Pino (D-District 12) also asked the bill’s sponsors if the money could be spent on funding education for older children, too.

"The amount of money would possibly be more than we would immediately absorb into the early childhood programs. Would you be adverse to spending some of this money in the first few years on K-12?" he said.

Lawmakers said they won’t consider expanding the program outside early childhood education programs at this time.

The debate on the resolution will continue in the Senate Finance Committee. 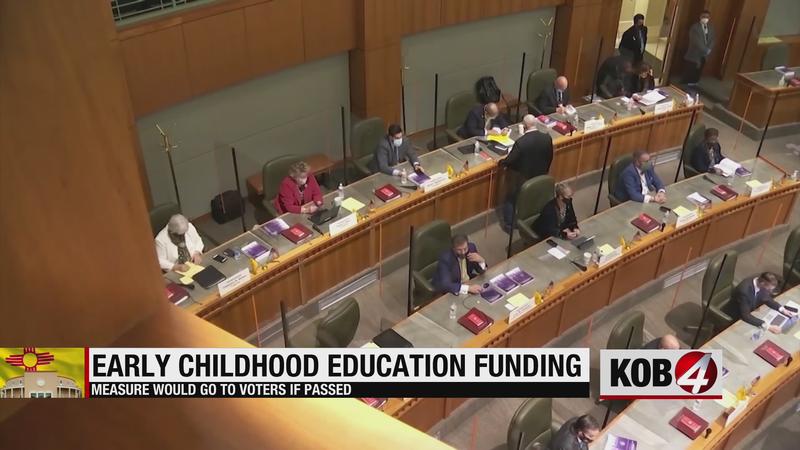