House Bill 47, or the Elizabeth Whitefield End of Life Act, is named after the former Albuquerque family court judge who died from breast cancer at age 71 in 2018. She became an advocate for end-of-life options for terminally ill patients.

"I’m very sorry she couldn’t see this happen, but I know she wants it to occur for other people who are in the same situation," said State Sen. Liz Stefanics (D-District 39).

Sen. Stefanics, cosponsor of the bill, tried to introduce a similar bill back in 1995. She said it’s all about allowing terminally ill patients to die with dignity.

"It’s only for adults who have a terminal illness diagnosis. It’s not because I’m in chronic pain and I’m dying, but I just want to end my life. So it is very specific. It also requires two health care providers to attend to the diagnosis and the agreement about prescription," the senator said. 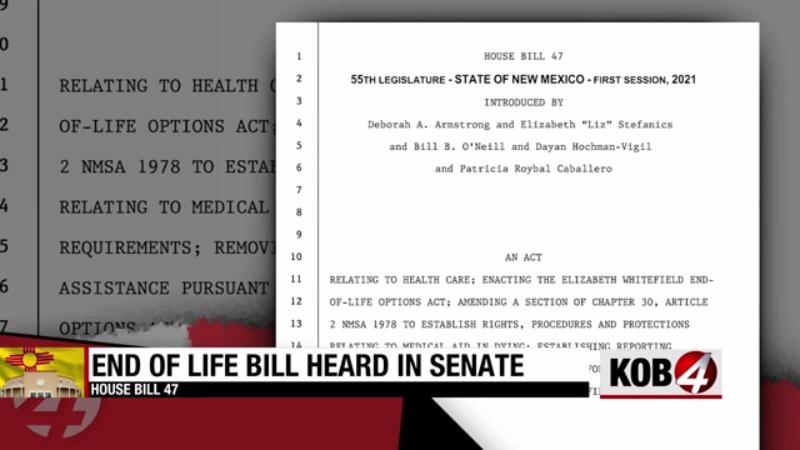 This is the third year in a row the bill’s been introduced. While it didn’t pass the previous two times, Stefanics and her fellow supports believe this year has the best chance yet.

"This bill isn’t for everybody. I know that there are people who would never consider making this decision and some people are very tied to their religious beliefs and have said their religion will not allow it. Other people have religious beliefs that are more relaxed and not judgmental about how a person dies. So as I said, this it totally voluntary. This is not imposing it on any person," she said.

The bill now heads to its second Senate committee.