ALBUQUERQUE, N.M. — Two bills that would legalize, regulate and tax marijuana for recreational adults 21 and over are set to be heard in the Senate Judiciary Committee.

It’s the last Senate committee for House Bill 12 and the second to last for Senate Bill 288. If House Bill 12 passes the committee, it will head to the full Senate floor for a vote. However, the bills are still facing some opposition.

“Until the state legislature gets this right, we think they shouldn’t proceed with it,” said Paula Garcia, executive director of the New Mexico Acequia Association.

Garcia said she thinks the bills need more work. She worries about the impact growing marijuana will have on the state’s 700 acequias that farmers and ranchers in rural areas rely on for crops and pastures.

“We’re mostly concerned about water scarcity, and the kind of pressure that could come into our communities from operations that are controlled by people outside of our communities,” she said. 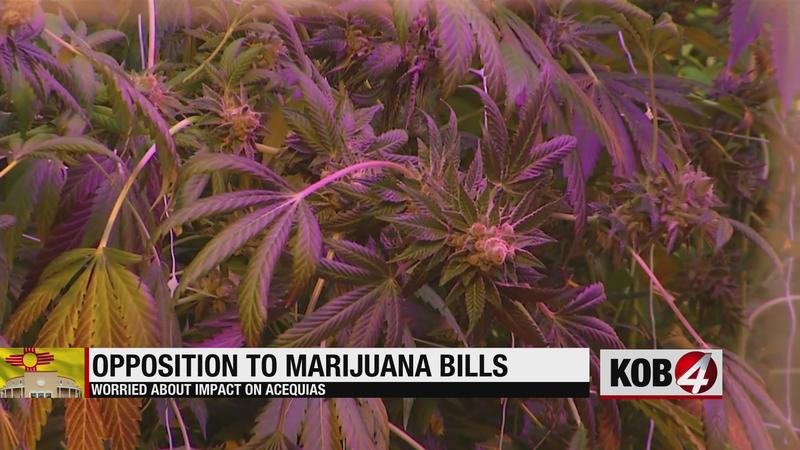 However, supporters said legalizing recreational marijuana would create thousands of jobs and generate millions of dollars for the economy.

"We’re looking at, in the first even five years, over 11,000 jobs generated. In the first year, anywhere between $25 and $50 million in revenue," said Romero.

But Garcia said she doesn’t want that to come at a cost to our state’s acequias.

“We believe that this legislation can reshape New Mexico in very profound ways, and we hope that the state legislature will be very thoughtful and considerate of all of the potential impacts and that rural communities are part of that equation.”